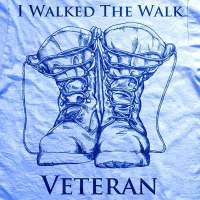 Each Vietnam Veteran has a story to tell about the war as they experienced it. Thailand Veterans of the Vietnam War have our stories to tell. As each Veteran is different, so are their experience as told in their individual stories.

My story began as I arrived in Thailand during the TET of 1968. I was an 18 year old Kuna High School graduate from a town near Boise, Idaho.

I had joined the army in September 1968 and just 5 months later, my first time away from home and in a place I had never even heard of before – Thailand. I’ll be honest I thought I was on an island somewhere in the middle of the Pacific ocean. (Somewhat strange thinking since I had been sitting on the tarmac at Saigon’s Tan Son Nhut AB in South Vietnam just a few hours earlier.

As I got off the plane in Bangkok in the middle of the night of 22 February 1968 everything was strange. The smells, the heat, and coupled with the tropical humidity those were the first things I remember about Thailand.

The Thai language is a tonal language, and it makes absolutely no sense to an Idaho farm boy, it wasn’t all Greek to me because I didn’t know Greek either.

After processing in with the army’s Bangkok personnel detachment we spent a day or so before being bused north to Camp Friendship at Korat. I reported in to the 519th Transportation Battalion (Truck) and waited for my orders assigning me to a line haul transportation company. The 519th was under the 9th Logistical Command and had been given the primary mission of delivering all types of military cargo to US Military facilities throughout Thailand.

Camp Friendship was adjacent to the Korat Royal Thai Air Force Base in Nakhon Ratchasima (Korat) about 160 miles north of Bangkok.My stay here was basically an overnight one.

My orders were as a driver with the 569th Transportation Company at a place called Camp Khon Kaen, another 120 miles further north. The following afternoon I was picked up at battalion headquarters and transported in the back of a deuce and a half (the company’s 2 1/2 ton supply truck). After a couple of hours and one rest stop we arrived at the camp.

Being the observant person that I am it didn’t take long to notice that driver sat on the right side of the vehicles and everyone drove on the wrong side of the road. Most of the road signs were in both Thai and English. Distances were in kilometers not miles.

The normal tour for Army troops was 12 months and I didn’t have a clue the amount of change these next 12 months would bring into my life. I was brand new to the Army and fresh out of advanced individual training (AIT) and totally like a fish out of water, way out of my comfort zone.

My motor transport training up to this point had been to drive Army vehicles rated 2 1/2 ton and below (jeeps, pickups, small transport trucks, etc), so it was a real shocker when I was taken into the motor pool of my new unit and shown this humongous looking 5-ton tactical truck-tractor called an M52A2 and mine had a bumper number #229.

Of course it was broken down and sitting on what was called the “deadline” row. I was told that my primary purpose was to find out what was wrong, get it corrected and have the maintenance inspector check it over to insure it was road worthy. Then I would be ready to take it on the road.

Yeah that’s what I was told alright. My primary purpose was to do what I was told by anyone who outranked me, and that was just about everyone I came across. I found myself filling sandbags, building bunkers and digging fox holes; painting rocks; cleaning weapons (M14’s) and pulling company duty as the runner for the charge of quarters (CQ).

Additionally I was issued a military driving permit, assigned to an instructor driver who was charged with teaching me the proper way to operate that 5-ton semi-tractor trailer while moving forward or backward; coupling or uncoupling; and the biggie was getting on the road and driving a left hand steering equipped (US style) vehicle on the left side of the highway, where all you saw was the left side of the road and the back of the vehicle ahead. In order to overtake and pass another vehicle you needed an assistant driver (called a shotgun) to insure the coast was clear.

I soon learned that we would cover all of the area in the Northeastern area of Thailand, to include US Air Force Bases and US Army posts from our base at Camp Khon Kaen which was really self-contained, for the most part. We had a unit dining facility which was a series of 3 insulated, portable units moved side by side and cooled by a series of air conditioners.

The camp had originally occupied a series of Quonset huts and typical wooden buildings for orderly room, supply and an arms room. More recently concrete style, single-story billets were constructed, and the orderly room and supply room were also concrete single-story buildings. The wooden buildings were re-purposed into an NCO club annex, and a PX annex, a barber shop and a work area for the housegirls who cleaned our clothes. Initially we watched movies outside with a sheet stretched out between two poles, and an area with a green lawn was where we reclined to watch movies. Later a concrete building was constructed and we had our day room where we watched movies.

Camp Khon Kaen was rather small, just a couple of acre square, with just enough room for motor pool area with the company maintenance shop and a higher level maintenance shop and a medical aid station, a trailer transfer point, a Thai security guard detachment (security), an MP detachment as well as a Fire Department (engineer) detachment. The camp was located 13 miles north of the town of Khon Kaen and some 60 miles south of Udorn Royal Thai Air Force Base, located in the town of Udon Thani.

The 519th also supported US Army’s training missions in Thailand and engineer construction battalion operations out of various installations such as the Sattahip Port Complex (Camp’s Samae San and Vayama); the Korat Storage Facility (Camp Friendship) and nearby Camp Usarthai; Camp Charn Sinthope in Phanom Sarakham; Kanchanaburi; and Sakon Nakhon.

Beginning in late 1969 as the war began to wind down, combat forces began moving out of bases in South Vietnam, and relocating to bases in Thailand, including the US Marines at the Rose Garden in Nam Phong, just a few miles north of Khon Kaen.

Before the end of my 12 month assignment I had the opportunity to extend twice for a total of 18 months, giving me a grand total of 30 months in country.

I spent a total of two years with the 569th Transportation Company hauling cargo out of Khon Kaen and accumulated more than 35,000 accident free miles and obtained the rank of Specialist Five. I met, courted and married a local nation who became my wife in September 1969.

In February 1970 the 569th stood down and personnel were either processed for early release or those with sufficient time remaining were transferred within the battalion to other unit locations in Thailand. I ended up moving south to the 505th Transportation Company at Camp Vayama where I continued delivering cargo throughout bases in Thailand.

During the entire time I spent in Thailand I was never told about how the job we were doing was connected to the war going on in Vietnam. Again maybe I was just a bit naïve, but I never had time to stop and put two and two together, because we operated on a 24/7 round the clock schedule.

After several months I obtained command sponsorship for my marriage and soon received orders to return stateside and process out of the Army.

On 31 July 1970 with my bride in hand, we departed Thailand and arrived at the Oakland Army Terminal in California to be out processed, before returning to my family in Boise, Idaho.

This was a time of political strife across America as the anti-war movement was going strong.

We came home to a different America. Civilians didn’t experience what we had gone thru and even other Veterans, those who were “In Country” Vietnam didn’t consider “In Country” Thailand Veterans as equals.

For many Veterans coming home was quite an adjustment, that some never overcame.

Thailand made an impression on me and I’ve taken many opportunities to go back, visit with friends and see many of the places of my youth.

Many of the “old guard” are gone yet their memory is fresh in my mind and although the country has changed tremendously over the years, there are still many places where they still live as they have for centuries. – The Real Truckmaster