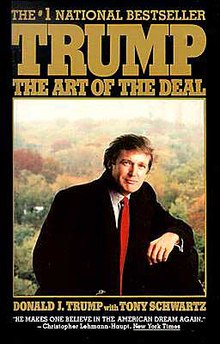 As we prepare to leave the year 2017 and go into the year 2018 there are some obvious questions that we need to ask ourselves, how have some of you have gained so much intimate knowledge of those who are in the news recently?

Everyone has an opinion about everything. Some have more opinions about how other people should do or act, and when they should do it! Maybe you should research your subject, meet that person, and get to know them, who they really are before you make any rash statements against that person’s name, character or the position they hold.

What if I said

“Hillary is an Idiot!” or

“Trump is a Great!” or the more personal

Do I have any facts to back up my statements?

It’s different when you know someone and you get to know their character. You have a connection with that person and when you hear someone trashing them you become offended and defensive of what that person said or wrote. When you don’t know that person you’re trashing and believe only what you’ve read or heard others say about that person, all you’re doing is smearing their character without any substantial or personal knowledge.

You’ve simply “Jumped to Conclusions” and are just “Spouting off at the Mouth” or “Blowing off Steam” as they used to say.

What happened over the past two years during the campaign where many people jumped into the race for President; Democrats; Republicans; Independents; and many other groups or parties? Everybody wanted to either get their name and their face on TV and in the news, or they had become greedy (hungry for fame, money, and power).

In the final analysis it came down to what I call a bad candidate with lots of name recognition and a horrible track record. Her resume was all over the place as a lawyer, first lady (state and federal) and as a senator and cabinet member. This was not her first run at this office, but her track record was anything but stellar. Her quest for power and money bought and brought in lots of supporters and many voters were smitten. If she were to say “follow me” over the edge of a cliff, her voters would jump at the drop of a hat and she would smilingly wave them goodbye from a safe place.

Also in the running was what some considered a publicity stunt, a political novelty, a man seemingly at the top of his game. His game however was not politics, but real estate and business. His running was considered a joke and there were many who counted him out, way too soon. As the debates came and went it was clear that the dealer of the deck was stacking it against him. The media attacked him, his family and his organization. Then the liberal politicians joined forces with the liberal media and intensified the attacks with a host of fake news “leaks” which were designed to embarrass him and make him drop out of the race. Neither the media nor the politicians knew was the nature of the man, only his reputation for what they would call “self gratification” and “grand standing” by someone they considered just an entertainer. He spoke to the heart of America, about what has been brewing under the surface for a very long time. He talked with optimism and of the future of America and connected with American voters of all political parties and he was viciously attacked for it.

When politicians are attacked, they tend to back away so as to get out of the lime light. They then fumble for the right words to appease their attackers and sooner than later they drop out of sight and are never heard from again. Another mistake about him is the fact he was not a politician, and what was not taken into account about him can be summed up into a book title, “The Art of the Deal” and written by none other than Donald J. Trump, whom I have never met, nor have I met Secretary Clinton.

But what I know from watching their actions on TV and in the news is that each of them is driven. Hillary is driven by money and power which is something you can’t get enough of and can’t let go.

Trump is driven by patriotism and an extraordinary sense of what it takes to be successful in business. That is what he brings to the political table. Where some will look at something as a problem, he looks at the solution. Where others concede to defeat and say it can’t be done, he presses forward and does it anyway. When others stand in the way, he stays focused and goes around them, and then comes back to bring them into the fold. Without having met him, I can say that President Trump is a man of extreme focus and once he sets his sights on something his unwavering goal is not failure, but of accomplishment. When recently asked on camera if he intends to keep ALL of his campaign promises. His answer is I intend to keep as many as I can, and have already kept.

What has me perplexed is that while trashing the president I hear people saying can’t everyone just leave “Poor Hillary” alone? Well let me say this, there is nothing “poor” about Hillary. She has amassed a tremendous amount of financial capitol, thru various and nefarious financial arrangements with men of power in various countries, and at the expense of American lives and national security. It is only fitting that her most recent book asked the question, “What Happened?”  As if she doesn’t know? The election is over and in three weeks we will be celebrating the anniversary of President Donald J. Trump’s first full year in office.

Hillary has spent many nights waking up inside the residence of the White House while William Jefferson Clinton was president, and I wonder if now, doesn’t she know when she wakes up that her residence is no longer in “the residence”?

As for all of you “Never Trumpers” I say, get over it. Stop the self imposed state of denial. Whether you like him or not, he is Our President. – I am the Real Truckmaster