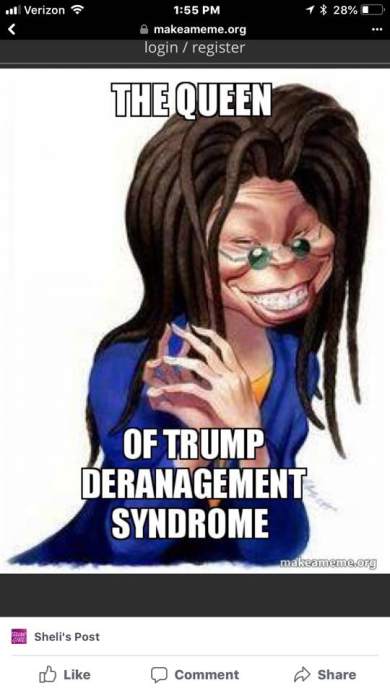 What is an ism? Is it just keywords? Is it triggering phrases? This wikiquote.org page defines Trumpism in the positive light.

Trumpism is the philosophy and politics espoused by Donald Trump.

While this urbandictionary.com rendition casts the definition in a very negative light, as does just about every liberal writer who think they have the scoop on Trump. In their eyes there is no good to come out of Trump Tower, or from anyone who is a trump supporter.

Trumpism is a nearly incurable disorder when a trump supporter blames everything else when someone criticizes Donald Trump.

After a brief online search I found that anti-trumpers blame Trump supporters who they say blame everything else when someone criticizes Donald Trump. That is really funny because anti-trumpers or never trumpers haven’t come to terms with the fact that Donald Trump is president because he is not your run of the mill politician who can be cornered or controlled like politicians who’ve come before him.

The fact that Donald Trump is a successful businessman turned public official who has been doing what other politicians have been promising to do for years. Their failure is when they do not follow through on those promises which must be extremely traumatizing for as they attempt to justify their own superiority over average American voters who are not swayed by the mindless banter of those affected by TDS that ignore the accomplishments and successes of President Trump while criticizing his choice of social media. It is likened to ignoring a glass that is half full or half empty while complaining about why Trump uses a glass at all? TDS seems to rationalize anything connected with President Donald Trump as a trigger!

Here are some of my favorite Trumpisms:

Those who claim to possess liberal tendencies exhibited by openly opposing President Trump’s domestic and foreign policy agenda have not learned to look to what the future holds. Instead they stay bound up in the past and ignore that Trump is making our nation stronger in the face of worldwide aggression and orchestrated mass-invasions on the US Southern Border.

These liberal’s suffering from TDS have no one else to blame for their phobia. Their actions and their words clearly show their anarchist intent and their hate for an individual over any love they may have had for our nation that allows them to openly express their ignorance.

TDS is all about control of “we the people” who are insanely jealous and intent on becoming the ruling elite. The primary blocking their “objective” are American patriots who place God over country and family over self as they stand protecting and defending the Rule of Law as defined by the Constitution of the United States and based upon biblical principles. – I am the Real Truckmaster!