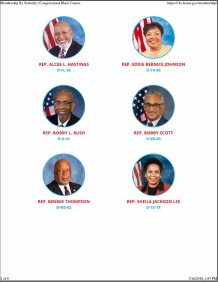 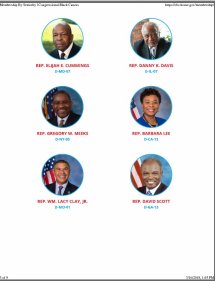 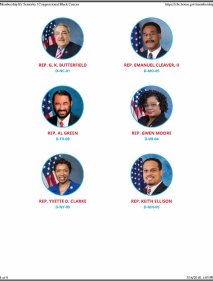 Many of the problems with our government today, began back in 1969, and have continued today can be traced to a real live Terrorist Group WITHIN the United States Congress. This group has become a congressional bully force which has demonstrated on the floor of congress by conducting SIT INS, blatant defiance and even attempting insurrection of a sitting president that continues today! Funny thing its members are not members of the NRA, but have hijacked the Democratic Party. The conduct of their members must be investigated and held accountable for their deplorable behavior IN OFFICE.

I don’t understand how they were allowed to form or have been allowed to continue all these years. (I’m smiling J J as I write this). In my opinion long term elected officials (career politicians) have either joined (if they meet the racial criteria) or caved in to their bully tactics.

What is needed today is this cancerous cesspool removed from congress and our elected officials getting back to representing the very people who elected them – the voters. It is time to acknowledge the Congressional Black Caucus for what it really is a “Congressional Terrorist Organization”. – I am the Real Truckmaster!