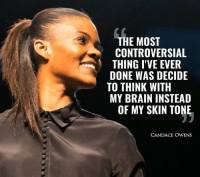 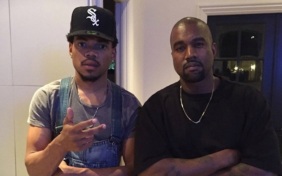 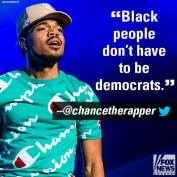 Faceoff with the “Blue Wave”

Standing up to Stereotype

Forget the notion that African-Americans must eat and breathe, toe the Democratic Party line. That idea has led to the enslavement of many young blacks in America since Dr. Martin Luther King, Jr. marched during the Civil Rights Movement. His “I have a dream” speech was a catalyst that brought change to the thinking of all Americans.

On the heels of that movement there was a decided push back against the very idea that blacks (African-Americans) could even think for themselves, let alone vote. However if they were to vote it had to be for the Democratic Party ticket!

In 1971 in the Congress of the United States, and in the House of Representatives in particular a newly formed group of like minded Representatives formed the Congressional Black Caucus with the purpose of giving a voice to all black Americans. That voice, however, was the voice of the Democratic Party and went so far as to exclude prospective members who were not black.

It was widely known that registered voters were even driven to the voting booths where groups like the Black Panthers “protected” the polling places in some neighborhoods. It was clear to outsiders who were paying attention that this was simply a way to insure that Democratic votes were gained.

It was a forgone conclusion, an assumption, that ALL black voters were Democrats. Any who strayed away from the pack were given notice that it was not acceptable.

By the election of 2016 the Congressional Black Caucus was in full swing, searching and calling out racism in government; calling for the removal of “symbols of racism” (historical statues, flags and anything THEY deemed offensive to blacks). When then candidate Donald Trump made the rounds on the campaign circuit and announced to African-Americans, “What have you got to lose?” the CBC had a meltdown, as did Democratic Party officials like Keith Ellison (a member of the CBC).

The aim since the inauguration in January 2018 has been to make voters feel guilty for voting Trump. Even though the Donald Trump won the presidency, the #nevertrumpers, #snowflakes and #mylivesmatters and other groups have increased the pressure to #resist all things Trump. It has gotten so bad that especially in Congress, the CBC has hijacked the Democratic Party and is steering that train completely off the rails.

It came as a shock to Democrats and even to Republicans when Candace Owens, a young African-American woman, a Democrat spoke out in support of President Trump, and nailed the problem with the ideology of the Democratic Party. It took a lot of guts because she said it on national TV, more than once and that immediately set off the online bullies who didn’t have the guts to say it to her face, but tried to besmirch her character.

In fact as this proud young woman spoke about the 8 years of Obama and what it has done to the black community she spared no words and it wasn’t long before other African-Americans men and women begun speaking in her defense voicing their concern about these blatant attacks and they too began receiving threats and intimidation.

Women like Diamond and Silk who were outspoken for Trump during the campaign and after the election have had their primary source of advertising on Facebook, classified as a threat to the community. During a hearing today before the Congress, one congressman in particular attempted his public humiliation tactic and found out that they are for real and for President Trump.

Let me say that our country is full of really smart, intelligent people of ALL colors and ethnic groups and whether they are Democrats or Republicans or Independents I’m encouraged by the wisdom and the courage of their convictions.

It’s time to take down the political bullies of our society and change the way politics is done. Public service is just that, not a career. I see a new breed of political leaders in our future, and who knows maybe a future president or two? – I am the Real Truckmaster!