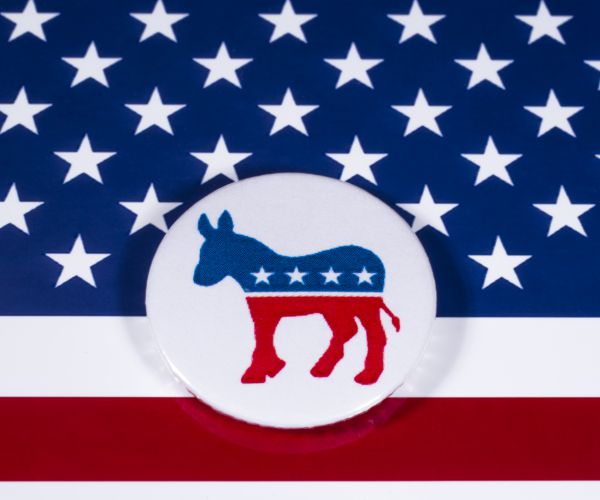 The Real Difference between Democrats and Republicans

Recently I went into a store to do a bit of produce shopping and I ran into a longtime friend who is a hardcore Democrat. You know how I know he is one? He told me straight out and in the loudest voice that had to carry throughout the entire store. He is also very opinionated about Trump, Republicans and the VA, even trashing the local VA clinic and proclaiming his opinions as fact. Like the one that ALL the doctors at the VA quit, because they didn’t get paid. Or what about Trump fired the VA secretary because he told Trump no you can’t do that. I mean if he thinks it’s true, no question about it, it’s true. I finally had to tell him to knock it off because he doesn’t know what he’s talking about.

His response in typical Democrat fashion, “Oh, You’re one of them that like Trump”!

Yes, I’m a Trump fan. Listening to him made me feel less badly about marking with a huge circle and a diagonal line across his Obama bumper sticker in the church parking lot back during the 2008 campaign cycle. YUP, less badly!

Instead of shouting so that everyone has no choice to hear our opinions, Trump supporters simply do like a vehicle I passed in town the other day. It was an older Ford Ranger, probably late 80’s or early 90’s and may not have been badged a ranger at all. It was red in color and had no visible markings but a simple bumper sticker – TRUMP. The guy behind the wheel was well within the speed limit of 35 on that road, and was not bothering anyone, just driving. He would possibly have been shouting to the world in an in your face statement if he’d been wearing a Make America Great Again hat.

If you read my blogs and posted articles you’ll know my political leanings without a doubt. I may come across as in your face about aspects I feel are important. However because you are not a Trump fan (yet) you are not my enemy, but simply uninformed or misinformed if you believe all the main stream media reports that are biased against President Donald Trump.

Trump calls them Fake News and I call them ignorant. They will overlook something of historical importance to write about how Trump offended someone. Golly Trump offends someone every day simply by being Trump.

Trump calls for Congress to legislate and they return by blocking presidential appointments or doing a dog and pony show like they did for the Judge Kavanaugh hearings and after parading (posturing) themselves around in front of television cameras like they did, they actually helped confirm what we already knew – it was a non-issue, propagated by one Democrat (Nancy Pelosi) and her crew simply followed her cue. After the confirmation and swearing in, not a sound was heard, except the person who was used for their political purposes.

Yes Democrats seem to want to beat the drum and shout through the megaphone so the entire world knows. Yes we know just how petty and spiteful they can be. It appears that common sense is NOT a virtue Democrat Party members can aspire to.

Republicans tend to look through things differently and it has to make sense. Like immigration, unlawful is illegal and those who do it are criminals. A wall that is built correctly will direct immigrants to controlled entry points where they can be processed and accepted or rejected based on the merits of their application. If they are honest and sincere and are able to contribute to our society by obeying our laws we welcome them with open arms. If they are criminals and start off by committing criminal acts to get into our country, they will be prosecuted. Doing something bad for a good reason isn’t a reason at all.

Building a wall doesn’t stop illegal immigration, but it slows it down considerably and in the long run is cheaper than support illegal immigrants who should never have come here in the first place.

Building a wall is a national security issue and should be welcomed by ALL US citizens, politicians and the very immigrants who come here daily to work and live. It screens out the criminal elements to seek to harm US residents and tear at the fabric of country.

Yes I’m a Trump fan and proud of it. I make no apologies. In the short 2 years of the Trump presidency the nation is better for it. We still have major issues to overcome, and the resistance of liberals and Democrats are why we have many of these issues to begin with. If Democrats would work as hard to fix the problems of our society as they do trying to stop Trump, there is nothing we could not accomplish together. – I am the Real Truckmaster!