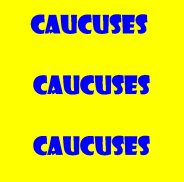 I know what you’re thinking with all the hype about Trump and the Russians colluding to influence the 2016 elections and all, well it’s not about that. So to begin let us start by defining the terms of Conspiracy and Collusion.

Conspiracy describes two or more people secretly plotting an action, usually but not limited to a harmful or illegal action. Conspiracy may refer to the plot itself or the act of planning of the plot. Conspiracy comes from the Old French word conspiracie, which means plot or conspiracy. The plural form is conspiracies, the verb form is conspire.

Since its inception in 1971 the Congressional Black Caucus has fought for the equal treatment and equal rights of blacks in America. However that has not been the case for quite some time. They have become the standard barrier for inciting racism within the federal government. They have strong ties within the Democratic Party, to Louis Farrakhan of the Nation of Islam and to the Black Lives Matters. Their esteemed alumni include then Senator and now former President Barack H. Obama.

So this phase of research is to provide more details on one of 512 Congressional Caucuses within the Legislative Branch. The Congressional Black Caucus is much more than a simple caucus, but in my opinion has crossed over the line as a Congressional Lobbying Organization with an unprecedented Voting Block which has at its core inherently racist underpinnings.

A stated goal of the Congressional Black Caucus is to “Root out Racism in federal policy, the White House and on Federal Property”. They have taken it upon themselves to become the congressional pit bull against anyone or anything they deem offensive or racist.

I find it hard to take the Congressional Black Caucus seriously when by their very name and membership criteria is restrictive to blacks (African-Americans) while refusing membership based upon the same criteria and those who qualify but choose not to join or refuse membership are ostracized and have had their names posted to the CBC official website.

What I see posted on their Congressional Black Caucus  for the 115th Congress and in news releases are their membership is expected to increase to 55 members or more after the 116th Congress has been sworn in. They expect to chair 5 House Committees and infuse CBC membership into 28 Subcommittees. CBC membership crosses both party lines and between the House and the Senate in what is stated as flexing its Voting Block muscles within the Congress.

What is clear to me is that the Congressional Black Caucus has strategically placed members in key positions within certain Committees and/or Caucuses as to influence the legislative agenda of the entire Congress.

Scrolling through the Congressional Black Caucus website what is also clear to me is their hatred of President Trump that greatly exceeds the Trump Derangement Syndrome (TDS) of the liberal left and the Democratic Party. Having become emboldened since their 1971 inception their stated purpose is to stop Trump at all costs.

When I look at the Congressional Black Caucus’s involvement in Caucuses, Committees, Taskforces and Working Groups it is hard to understand how Congress is able to function at all. This may also explain why Congress is at a dead stop when it comes to full-fledged resistance of President Trump’s agenda for draining the swamp and making American great again.

My questions are many, but because money equals power and in Washington D.C.

I wonder how these “committees” are funded.

I wonder what kind of financial “kickbacks” find their way into the pockets of unscrupulous legislators or Congressional Black Caucus members.

I wonder how much “cross contamination” exists between House and Senate that violate the intent of the Constitution of the United States or existing U.S. laws concerning Conspiracy and/or  Collusion between the Congressional Black Caucus, the Democratic Party, and individual legislators as they conspire to stop President Trump from Executive Actions and Enforcement of national security, domestic and foreign policy decisions and Presidential Actions.

Do the statutes of RICO apply?

As stated earlier there are 512 Congressional Caucuses in Congress, up from the 426 of 2017 when President Trump was inaugurated into office. Now if each of the 512 Congressional Caucuses had roughly 50+ active members vying for specific legislative outcomes (blocking Trump or passing pork barrel projects, attached to legislation) it would be perfectly clear that the Congress would be greatly overwhelmed by the sheer volume of such legislation.

I am prepared to revisit and update this document as events unfold after the 116th Congress has been fully sworn in, committees assigned and in the even they actually convene to the legislative work each has been elected to perform and to uphold the Constitution. – I am the Real Truckmaster!