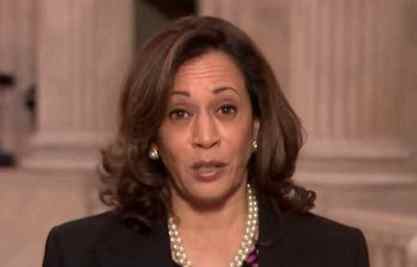 Coming from California’s US Senator Kamala Harris is a proposed federal law that would make it a crime to lynch anyone for the first time in our 240+ year history. Sounds like a win – win situation for sure doesn’t it?

It’s not something I would think is beyond the grasp of the Congressional Black Caucus or members like Sen. Harris. Yet in its own sweet way it hammers yet another nail in the coffin of the Democratic Party platform or that of the CBC.

What you don’t see it? This proposed bill, if passed by the Senate and the House and then signed into law by President Trump would seal the deal. Yup for the past 2+ years what we see in the media and in the inner workings of Congress, as well as in various Department of Justice agencies has been the careful planning and execution of a systematic lynching of many good citizens.

Take the now infamous “Russia Collusion” hoax accusing Donald Trump’s campaign of colluding with Russian state actors to influence the 2016 election in his favor would be at best laughable, had it not been an overt attempt to tarnish now President Donald J. Trump and his good name.

I haven’t seen the content of the proposed Anti-Lynching Bill but I’ll bet before President Trump finishes putting pen and ink to make it into law, his legal team will have drawn up articles to sue various members of Congress, former-members of the DOJ and current employees who partook of spreading false allegations to the media.

Yes there must be a correlation between lawyers and criminals who are interdependent upon each other to use the law for their own shady purposes. Criminals think they know the law but have lawyers as their backup against the law. Lawyers study the law and twist the law in order to get their clients off and know how to play judges and the jury. Many legislators are lawyers who use the same techniques under the guise of compromise to create laws that can be easily skirted or ignored. Career legislators utilize manipulation, mob tactics of intimidation or threats to insure compliance of their agenda.

It’s been said that criminals are often not too bright, just enough to get themselves caught. – I am the Real Truckmaster!