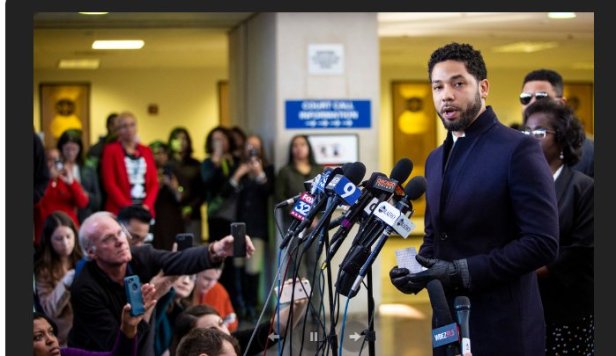 The Problem with Chicago Politics

Something stinks in Chicago and it smells like politics gone bad. Ever since Jussie Smollett reported to Chicago police that he had been attacked by 2 white red hat MAGA gay hate spewing assailants things didn’t ring true.

Less than 2 months later and after much investigation charges were brought against Smollett for falsely reporting a hate crime when it was found that he hired two black actors who were seen on video purchasing the hats and other items reportedly used in the attack.

Then just as quickly all charges were dropped and the case sealed by Cook County State’s Attorney Kim Foxx after Smollett was released on $10,000 bond which was then forfeited to the city of Chicago and Smollett had already performed community service at Jesse Jackson’s ministry in Chicago. This was presented as a form of alternative sentencing which Kim Foxx detailed as the way the law works in Chicago in as many as almost 600 other cases involving non-high profile celebrity cases.

Things went from bad to worse after it was discovered that Tina Tchen (Michelle Obama’s former Chief of Staff) made contact with Kim Foxx, whom she knew from working together previously. Tina Tchen said her sole activity was to put the chief prosecutor in the case in touch with an alleged victim’s family (who was a family friend) about concerns on how the investigation was being played out in public.

The Cook County State’s Attorney’s office claims the public doesn’t understand how the law works. In fact the confusion comes from those who are on the outside and don’t understand the intricacies of the justice system concerning alternative prosecution or diversion or alternate outcomes outside of prison or lengthy probation and “the likelihood someone would get prison for a Class 4 felony is slim”.

The First Assistant to the Cook County State’s Attorney Joseph Magats told reporters that “prosecutors dropped the case because Smollett doesn’t have a violent criminal history and lying about the alleged attack was NOT a violent crime”.

Foxx told reporters that “everyone in their office backs the police investigation and believes Jussie staged the attack.” But she said “you don’t typically see people “give up $10,000 of their hard earned money” unless they’re being held accountable for something”. You can read more about it here: https://www.tmz.com/2019/03/27/kim-foxx-defends-dropping-case-against-jussie-smollett/

Now I’m not from Chicago and I don’t understand how there is such a high crime rate UNLESS it is these types of prosecution-less crimes that are handled in the same manner. I’ve watched enough Law and Order and Blue Bloods on television to have a basic understanding that in order to be held accountable one must be entered into the criminal justice system and processed through the judicial system where by one is given a speedy trial as guaranteed by the Constitution. Bond is sometimes given when released to insure the accused shows up for trial.

Once the accused is convicted there is a sentencing phase where the judge determines the appropriate sentence along with the recommendations of the state’s attorney.

It is unheard of to think that alternate punishment, the forfeiting of bond money, and/or community service would happen BEFORE or IN LIEU of a trial even in Chicago. If in fact this is the norm procedure as Kim Foxx indicated and her office concurred then the other 600 previous cases were NOT handled or prosecuted properly or within the Rule of Law. This appears to be a great miscarriage of justice.

The fact that Kim Foxx ran on a platform to clean up lawlessness in Cook County and if this is the after effect I’d hate to think of what justice was like before her election as the first black female State’s Attorney. How in the world can she or anyone in Cook County ever think this is proper procedure? – I am the Real Truckmaster!