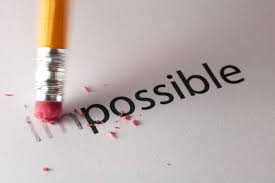 Putting the Cart Before the Horse

Remember the sayings – Don’t count your chickens before they hatch; don’t spend what you don’t have; don’t burn the bridge behind you; or don’t bite the hand that feeds you? Well there’s another one that would fit right in with those, don’t accuse others of what you are guilty of – it might come back to bite you.

We’ve heard from the deep state actors who are part of the Washington DC swamp that Donald Trump is not fit to serve as President or any public office for that matter. We constantly hear it from the likes of Hillary Clinton, Nancy Pelosi, Shuck Schumer, Diane Feinstein, Maxine Waters, Elijah Cummings and many others who claim to be intellectually superior not only to Donald Trump but every one of his supporters who Hillary so aptly called a “bucket of deplorables”. From the sidelines and surfacing on the world stage are the likes of Barack Obama, Joe Biden, John Kerry, Al Gore who are each past their prime in politics and have been rendered of no consequence because at the end of the day Donald Trump is still our president and theirs too.

I imagine the rise of Donald Trump to that of Tom Cruise’s character Ethan Hunt in Mission Impossible from that undisclosed location when Trump got a call not from Mr. Phelps but from above, “Your mission should you choose to accept it is to be my wrecking ball to the spirit of political correctness and to restrain evil in the world” (loosely paraphrased by me).

The pivotal point not only in the life of Donald Trump, but in the history of the world came when he (a sinner) accepted that assignment not because of anything that he had done by his own merit but by the grace of Almighty God answering earnest prayer from prayer warriors who fell on their faces before God seeking divine intervention for America.

Biblical scholars and bible readers alike cannot overlook the way God has historically taken men who are seemingly insignificant and unworthy to accomplish his purposes. In each case worldly men have scoffed at, heckled and ridiculed those chosen by God for a specific purpose. The bible tells us that God’s ways are higher than the ways of man and that our brains cannot contain what God has in store for us.

It should come as no surprise when the counter response was instantaneous and total as the forces of darkness came against first the political campaign and second the presidency of Donald Trump from the start. What is equally no surprise is the man whom God chose is one who is not easily distracted or swayed.

In that God is the creator with an unlimited and infinite toolbox from which to choose why are we surprised that God chose an established builder and gave him the tools with which to restrain evil and bring about the self-destruction of the spirit of political correctness in America.

Talk about putting the cart before the horse the liberal left in American politics began declaring the unfitness of a “self-made” man to be President of the United States. So loudly did they declare this untruth that it exposed them for what they really were – unfit themselves for the political offices they held and using all the tools at their disposal they began a constant barrage against the will of the people, the American voters who chose Donald Trump, but against the seemingly unseen hand of Almighty God. It is no surprise that they failed even before they began, yet they keep trying while digging a deeper hole for themselves.

Political Correctness has attacked the pillars and the very foundation of this nation which God established and for HIS purpose. Never before or since has a nation been founded upon biblical principles as stated in the US Constitution. Our form of government has never been duplicated nor had the success of that of the United States.

There are several hundreds of nations in existence in the world today. Each one is governed by those who seek personal gain and profit by exerting power over people. There is constant infighting and bloodshed and life is of no consequence or value. Transitioning between national leaders is often done with extreme bloodshed. Human misery and suffering are great and unbearable.

We have come to a point in the history of the United States where government is corrupt. Those on the left are running wild and flaunting every fantasy imaginable from ignoring the sanctity of life, aborting humans every minute of every day with the greatest of ease to the willful enslavement of entire segments of society by offering free food, housing, medical, education and even paying for those unwilling to work. Minorities are consider below the level of competent thought processes and expected to use the power of their vote to enhance those in political power over them.

There are those on the political right who haven’t the courage or intestinal fortitude to stand up to those powerful forces of evil or secure in their Christian salvation to acknowledge and call on the forces of God to defeat the ungodly. It is not by might or by power but by my Spirit says the Lord of Hosts!

Just as prayer warriors fell on their faces seeking divine intervention, we must also continue to trust in Almighty God for HIS peace which passes all understanding. We must depend upon God and his strength to overpower the enemy. This is a battle for the soul of America.

God did not give us a spirit of fear, but of joy, peace and a sound mind. God did not raise up a Billy Graham-style leader in President Trump whose shoot from the hip and straight to the heart of the matter without mincing words language does not at all seem biblical. What God did give America was a man to was obedient when called and had striven to complete the task he has been given. I have said it before and I’ll say it again now, that when Donald J. Trump is in the perfect will of God, doing what he has been sent to do there is nothing that can stop him.

Draining the swamp was more than a campaign slogan to Donald Trump, it is a mission that will be tackled with until the hold of political correctness has been broken in America and evil has been restrained. Based upon the past 2+years it is foreseeable that it may take more than 2 more years and that’s fine because with God all things are possible. What came first the chicken or the egg? – I am the Real Truckmaster!