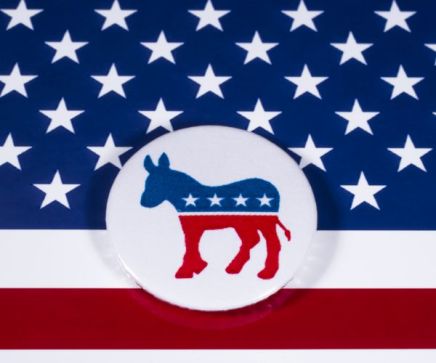 Foiled by Their Own Tactics

Calling it like I see it the far-left leaning liberal Socialistic-Progressive-Democratic Party gets caught up in the snares of their own bag of tricks and dirty dealings.

COUNTERRULE 1: Give them power way beyond what they have – then paint them as a thug, oppressor, and a mafia organization.

COUNTERRULE 2: Turn their expertise against them by pointing out the hypocrisies and contradictions within their own belief system.

COUNTERRULE 3: Use absurdity to defeat absurdity. Push them into moral arguments and away from policy arguments. Always try to paint them as a religious organization and bash them for violating separation of church and state.

COUNTERRULE 4: Make them live by the same rules you do.

COUNTERRULE 5: Ridicule them back by pointing out the one-sidedness of their ridicule and the free pass they give their own side.

COUNTERRULE 6: Let their tactics blow up in their faces by staying a step ahead and funneling them to the place of hanging themselves with their own rope.

COUNTERRULE 7: Liberals never obey rule 7. Use it against them.

COUNTRERULE 8: Use passive-aggressiveness. Paint them as bullies and thugs, when they recoil take their heads off and say it was self-defense. Always play the victim, even when they try and play the victim. Let it go to surreal absurdity because people lose interest quick in a catfight.

COUNTRERULE 9: Let the threat build up to beyond critical mass till it’s too late to back out, then destroy it loudly, publicly, and repeatedly with a pre-planned argument. Don’t be afraid to sow seeds with misinformation that they can turn into readymade fallacies you can destroy.

COUNTERRULE 10: Fight them to a stalemate. When you have an aggressor that must win, fighting to a stalemate can be a victory. It’s especially effective if their ‘negative’ means denying one of their own ‘social justice’. E.g. green energy would be expensive and hurt the poor.

COUNTERRULE 11: Liberals forget this rule, and their ‘solutions’ are doomed by their ideology out of the box and never bet beyond the stock, repetitive dogma. Use that congenital defect against them.

COUNTERRULE 12: Question the credibility and especially the motivation of their attack and the attacker. Point out any hypocrisies, contradictions, or selective enforcement. Trip them up, then brand them as illegitimate, intellectually bankrupt, divisive, hateful.

Everyone knows that die hard Republicans and law abiding American and typical politicians do not have the temperament to follow those 12 rules. That being said (and the Democrats haven’t yet learned) President Trump is not your typical politician and has NO PROBLEM raining on their liberal parade.

Liberal violence is simply a way of life for those who are unable to cope with trumpism in its most basic form. So why they scramble around like little vermin searching for ways to “Stop Trump” they have forgotten Rule #7 “Liberals never obey rules”. That swishing sound you may be hearing at times is just the sound a swamp makes when it’s swirling down the drain……. Glug Glug! – I am the Real Truckmaster!