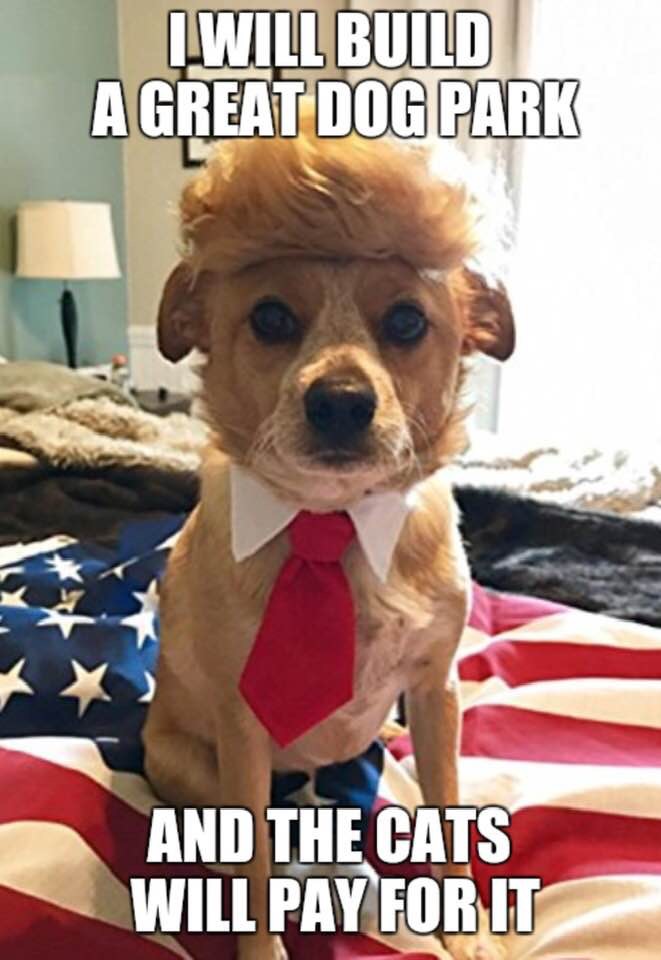 A Bulldog in the Fight

I agree with postings about the way President Trump and his family have been continually attacked by the press, the media and by people who don’t know what they’re talking about when it comes to what, why or how he says anything. Most of the parrots are simply repeating what the talking heads of the main stream media say. Much of that is without substance anyway and I don’t rely on what any of them say. Enough is Enough!

If you want to know what the President says listen to him live and unedited. If you want to know what he tweets follow his Twitter accounts. Trump is first and foremost an American with the same constitutional rights as every other American. What you see is what you get. Trump doesn’t pretend to be something that he’s not. If he doesn’t like something he’ll tell you. If he likes something he’ll tell you that as well. People don’t get that from politicians who only want to feed you a line of crap to get votes and stay in office.

I watch people on Twitter get blocked by the President and rather than follow someone else, the go to the 9th Circuit Court or a District Judge to sue Trump to unblock them, saying they are denied their first amendment rights. That’s stupid. Do they do that to everyone who blocks them? No they don’t. All people want to do is exercise their rights and denying Trump his rights is ok? I don’t think so.

I voted for Trump in 2016 and I didn’t vote for a namby-pamby wishy-washy politician to be President. I voted for someone who was NOT a politician and I‘m glad I did. I want someone to shake up business as usual in Washington DC, especially on Capitol Hill. Shake up is an understatement! You cannot nor should you judge a book by its cover and the book of Trump is no exception, read the entire book. Those who criticize him do so based on what others have said that Trump said and that’s not only wrong but foolish on their part. There’s more to Trump than meets the eye and no it’s not Russia or any other foreign power. Never have I heard nor seen someone more committed to America First and follow it up with action. Politicians don’t want to offend potential voters, while Trump offends everyone who sees themselves as being far above him. They are wrong in a big, big way.

There seems to be a lot of gum flapping about Hillary getting more votes than Trump. That may be true since there have been a lot of voter fraud having been uncovered since the 2016 election with only a fraction of them prosecuted. That is precisely why the Electoral College is part of the electoral process, to insure that every vote counts. No other country does that, but we do and for a purpose.

President Trump has done more FOR AMERICA in the past two plus years than any other president during their entire tenure in office while fighting against a negative media campaign against him and politicians in Congress determined to prevent him from serving out his term. I venture to say that they are their own worst enemies. They are simply insuring another Trump victory in 2020.

With President Donald J. Trump you either like him or hate him there is no in between. That is your right as an American and as an individual. It is also your right and your responsibility to stop following the media’s talking heads and listen to what the President says and does and judge his motivations for yourself. Is he seeking personal gain, more wealth and more power at YOUR expense? I think not. Who in the world would trade his vast fortune, the power and prestige of his self-made empire for the opportunity to suffer constant humiliation FOR AMERICA? Name one politician who gave it all up to become a public servant for the cause of America since George Washington? Name one? America needs a bulldog in the White House and his name is Trump! – I am the Real Truckmaster!