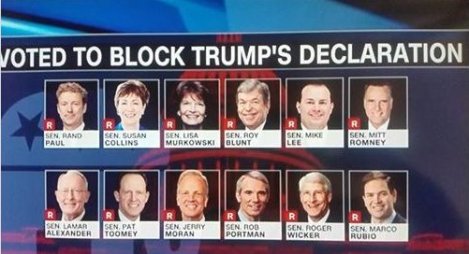 Don’t you just get tired of hearing “Impeachment” coming from the House of Representatives? It has become their battle cry over the past 2+ years. To liberal House members two words must certainly be uttered together “Impeach Trump”. Don’t they ever give up?

What offenses are worthy of impeachment?

The Constitution states them as any of these acts “Treason, Bribery, or other High Crimes and Misdemeanors?”

However it’s up to the members of the House of Representatives.

According to Constitutional Lawyers,

“High Crimes and Misdemeanors” are

In 1970, then Representative Gerald R. Ford defined impeachable offenses as

It’s a little known fact that since 1841 over one-third of all American Presidents have either died in office, became disabled, or resigned. However, no American President has ever been forced from office due to impeachment.

Only four times in our history, has Congress held serious discussions of Impeachment:

So why does Congress feel that its members can threaten the President with Impeachment because he doesn’t cave in to their political whims? Prolong that over 2+ years and it’s akin to the fable of “The Boy Who Cried Wolf” where nobody took him seriously, even when the wolf showed up.

Let us take a real close and personal look at The Impeachment Process.

In the House of Representatives

Article II, Section 4 of the Constitution says, “The President, Vice President and all civil Officers of the United States, shall be removed from Office on Impeachment for, and Conviction of, Treason, Bribery, or other high Crimes and Misdemeanors.”

In his report, Independent Counsel, Starr accuses President Clinton of committing eleven acts for which he could be removed from office by impeachment.

In the past, Congress has issued Articles of Impeachment for acts in three general categories:

What is perplexing is that over the past 2+ years President Trump has exercised his Constitutional authority to issue Executive Orders to curtail immigration from certain geographical areas. Congressional liberals have cried foul and a liberal justice has issued a judicial block preventing the executive order from going into effect, until the Supreme Court removed the judicial block.

President Trump declared that the illegal and unconstitutional Obama Executive Order on DACA would expire naturally unless Congress acted to legalize DACA through legislation. Instead a liberal justice issued a judicial block hereby ordering the President to prevent it from expiring.

President Trump issued an Emergency Declaration pertaining to the Southern Border situation. Rather than utilizing legislation Congress began opposing the order and calling it a non-emergency.

President Trump declared intent to build a wall along the Southern Border to deter illegal crossings. Rather than tackle the legislation required to fix immigration loopholes Congress decided to oppose and withhold funding for the wall. The president diverted (re-allocated) funding to accommodate construction requirements.

President Trump declared that the Affordable Care Act (Obamacare) would be stopped and replaced with a more efficient and user friendly healthcare system. Congress rather than seek legislative remedy chose to oppose the President at every turn.

There are a number of legislators in the House and Senate who are vocal opponents of President Trump and his efforts to administer from the Executive Office. Some have even called for the assassination of the President and the Vice President and/or their family members or Cabinet officials. This has been an ongoing problem for 2+ years.

Former government officials and high level cabinet members have come under recent scrutiny over a “soft coup” attempt to overthrow President Trump and his Administration. They have done so with implied impunity and under the watchful eye and organization of former President Obama.

As I have often said these liberal warriors vocalize accusations which mimic offenses they themselves are guilty of yet because Impeachment is generally considered in relation to the President of the United States I’ll bet these “Congressional Scholars” haven’t considered that Impeachment can be done to any of them as well. – I am the Real Truckmaster!

One thought on “Examining The Impeachment Process”