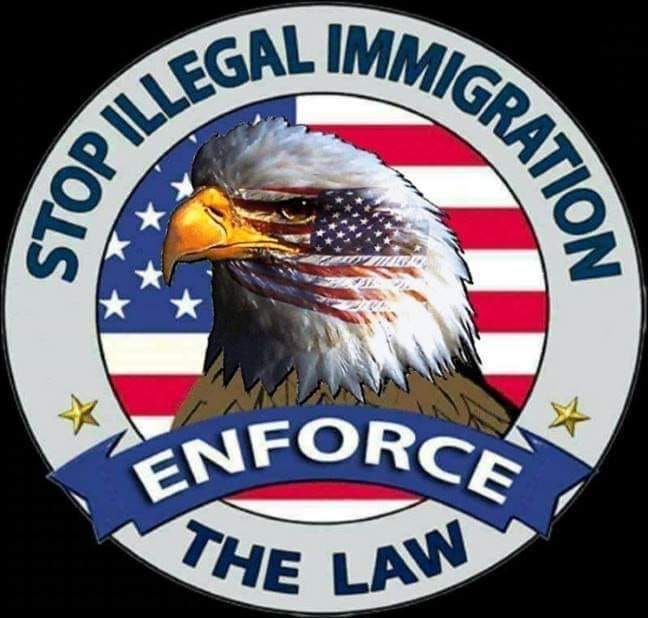 Why does Illegal Immigration Continue to be a Hot Button Trigger?

It never ceases to amaze me how it is somehow seen as patriotic to allow illegal immigration into the United States. There is a constant interchanging of the terms illegal, undocumented, refugees and what I call invaders. Illegal immigration is wrong!

YES we are all to blame. 9/11/2001 was a wakeup call and after the initial shock, outrage and War on Terror Americans seem to have gone back to sleep. What Congress has been only talking about is the wall. After 9/11 Congress called for a wall along the southern border. Border Patrol was asking, begging for Congress to provide them with the tools to stop illegal immigration. Every president since 9/11, George W. Bush and Barack H. Obama, have called for better border security. Funds were allotted and someone even put up a pitiful chicken-wire type fence.

Obama grew impatient on a Republican Congress to act on immigration and used an executive order to implement Delayed Action on Childhood Arrivals (DACA). This action was totally unconstitutional yet Congress did not resist or put up much of a fight, if at all. Obama even allowed thousands of undocumented and unvetted immigrants into the country without any background or history. This was the beginning of opening the borders of the United States to almost anyone.

When Donald Trump campaigned for president he promised to build a wall along our southern border in 2016. Shortly after being inaugurated President Trump called congressional leaders of both parties to the White House and outlined a plan for comprehensive immigration reform, including building a wall and asked Congress to get started. He asked them to fix DACA (make it constitutionally sound) or it would end. Immediately America realized that something had changed.

Instead of coming together to fix a broken immigration system and making America safer what happened? Do you remember? I do. Democratic congressmen and women came out of that meeting with the president and declared (falsely) to the world that Donald Trump was a racist and spoke badly of illegal immigrants and what could have been a 45 minute fix plunged America fully engulfed in a manufactured race war. Other than Hillary Clinton in shock that she lost the election, Democrats suffered from Trump Derangement Syndrome – that continues to this day.

Opponents say walls don’t work. I say that argument doesn’t hold water. Anyone with a fenced in backyard and pets knows better. Business owners who have a fenced in area for storage or work know better. Every nation in the world that uses border security fencing knows better.

Opponents say walls create isolationism and America is not a nation of isolation. I say that is Democratic dribble – bunk! A properly constructed border security system will all but stop illegal immigration without creating an isolated nation. Immigration laws provide a path for citizenship for those who meet the standards of citizenship. Not everyone tries coming to this nation for doing good. As we have seen on 9/11 and since there are some who come for nefarious purposes to rape, rob and kill. That is wrong!

There are many tools used for border security that allow visitors, workers and legally documented migrants to apply for entry. Those who do not meet the criteria are not allowed. Those who enter illegally are deported. Those who harbor or enable an alien to enter the country illegally are law breakers and there are punishments and consequences.

I’m tired of the constant wailing about babies ripped from their mother’s arms and held in cages for trying to enter the nation illegally. Nobody talks of the men and women tortured, raped and killed on the trek north from South and Central America. Nobody talks about the human traffickers who use other people as a front to gain entry illegally.

I have seen members of Congress go to the border, illegally cross over into Mexico for a photo opportunity with a migrant. I’ve watched as they assist migrants in crossing the border illegally into the US. I’ve listened as lawmakers refuse to change immigration laws and actively resist attempts to secure our southern border. They would rather make waves to garner headlines and have their names and faces in the news in their “patriotic” efforts to impede President Trump. This has been going on since 2017 and it is wrong.

The time is now for all America voters to stand up FOR American and defend the Constitution by recalling legislators who are not doing the job we sent them to do. It matters not whether they are Democrat or Republican. If they are more involved in personal gratification, financial gain and maintaining power and control due to a lifetime of congressional service, or simply haven’t grasped what it means to be an American citizen it’s time to vote them out of office.

2 thoughts on “Why does Illegal Immigration continue to be a Hot Button Trigger?”