Skip to content
therealtruckmaster Life and Death, Political, Uncategorized May 10, 2020May 10, 2020 4 Minutes 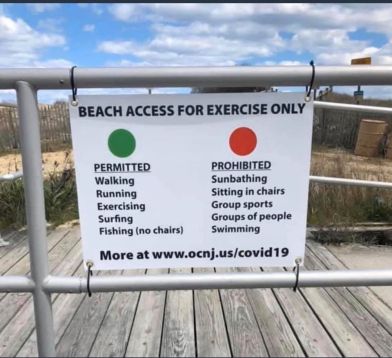 This morning I took a virtual walk on Twitter to recap many of the recent postings related to COVID-19 happenings across the United States. As I scrolled I am reminded of the Constitutional Rights of US citizens being routinely violated.

The First Amendment provides that Congress make no law respecting an establishment of religion or prohibiting its free exercise. It protects freedom of speech, the press, assembly, and the right to petition the Government for a redress of grievances.

Although Congress shall make no law, Democrat lead city, county and state governments use COVID-19 as an excuse to violate the rights of its citizens and in some cases cater to the “rights” of non-citizens.

While changes must be made to combat the spread of #coronavirus, our civil liberties must also be protected. “In an emergency, we often expect our government to do something to help us. Sometimes, though, that something is worse than the emergency.”

“The pandemic has magnified the financial insecurity of too many American families, the deep and real racial disparities in our society – and the imbalanced burdens on working moms. We have to create something better for America on the other side of this.”

The bill would provide $100 BILLION to institute contact tracing protocols throughout the country. This is the future Democrats want. This is a totalitarian power grab from the left

The Bill of Rights

Know your rights, exercise those rights and let not any government take from you the rights guaranteed by the Constitution.

We have crossed the threshold into a newly ordered world and we’ve willingly placed our future behind us. Make no mistake governors were told to make their own decisions on state governance as it pertains to the safety of their citizens. We see governors of both political parties exercising their authority at the expense of citizen rights under state and national Constitutions. Letting the cat out of the bag is easier than trying to put it back in. – I am the Real Truckmaster!