Skip to content
therealtruckmaster Political, Uncategorized May 28, 2020May 29, 2020 4 Minutes 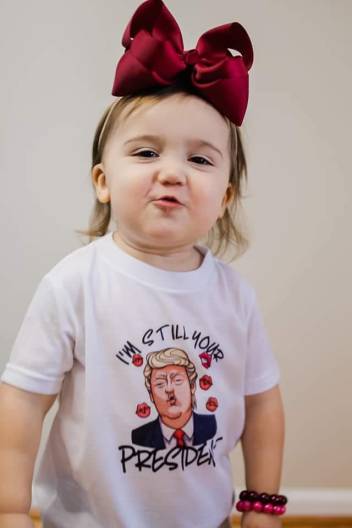 The answer to that is most definitely.

This article is not to put you down or even to make light of your dislike of our current President.

Whether you don’t like his comb-over, his tweets or the way he brands others with monikers that tend to accentuate their character flaws or any combination of things liking or disliking and yes even hating him is your choice. So congratulations on making a choice.

I was ok with Reagan even though he was seen as a cowboy from his Death Valley Days on television. He wasn’t liked by everyone and was shot in an unsuccessful assassination attempt. I wasn’t politically active at the time as I was serving on active duty in the US military. Some folks thought that we were given daily briefings by POTUS and told what to do, where to go and so forth. That was their perception of the working relationship between the President and his military.

George H.W. Bush was a navy man and he spoke well. I may not have agreed with everything he said I tolerated him as a politician. I never cottoned to references to our military as America’s military. America includes North, South and Central America and there are many nations with their own military. Bush should have crossed the border after Saddam and kept going until he finished the job, but that was not in the UN mandate. So many lives could have been saved.

I wasn’t happy when William Jefferson Clinton was voted into office. I couldn’t understand how God could do that to us? As I learned more about Clinton, his presidential decisions and personal habits I detested him. He was personable and liked by many and in the end that carried him through his 2 terms. When he left the White House it was his WH staff who superglued the keyboards of computers and left a mess for others to clean up. Even Hillary’s staff packed up WH china and it had to be returned.

George W. Bush was another likeable guy. He got a lot of bad press as his father’s son influencing his way into the White House. Then there was 9/11. Life changed for everyone and I wrote a letter to the editor in our local paper about him becoming president for such a time as this (wish I’d kept a copy). It was his war in Iraq under the War on Terror that claimed so many lives. The press went on the attack and never stopped.

They called it historical for Barack H. Obama to win the nomination and become President. He won the Nobel Prize because of what they thought he could do. Like many before him, Obama was a product of politics and his skills of community organizing. What he learned after being appointed in the Illinois state Senate and as a US Senator from Illinois was how the game of politics was really “played”. He mixed that and what he learned from a household of hardline communism and living abroad while trying to find his place in life. As President Obama played loose and hard with the Constitution, even once saying unless it was prohibited by the Constitution he could do it (very loosely paraphrased). What Obama did to the presidency through his administration will forever leave a footprint upon this nation?  His orating ability swayed the masses and he could do no wrong in their eyes. Even the press loved him. Many of his decisions were not well for the nation. His policies sought to be favorably accepted by our nation’s enemies and shunned our allies while our people suffered. I wrote him voicing my concerns. Did he read my letters? Probably not as the form letter I received said everything of what he was going to do and said nothing about my concerns. Did I hate him? No. Did I dislike him with a passion? Yes. However much I disliked Obama I recognized his elected office and it was my choice to be submissive under his 2 terms. What he did in preparation for the transition of power was unconscionable. While smiling and saying all the right things with his predecessor, behind the scenes he weaponized (locked and loaded) government agencies in what was truly unprecedented. His aim was to punish the nation for not voting Hillary into office to carry out his vision for America.

When Donald Trump announced his candidacy for the presidency like many I was skeptical. I had not followed his life or his business dealings in New York City. His reputation as a billionaire player did not gain my attention. What did get my attention was all the negative publicity coming at him from every direction. Page after page of the Democratic playbook was being thrown at him and I waited for the kitchen sink that would topple his efforts. There were and are unfounded allegations of all type of personal, business or political misconduct being thrown against his “Teflon wall”. Nothing substantiated and nothing sticks. I’ve watched as he helps American’s in need. The media is silent. I’ve seen his patriotism and his passion for this nation. The media is silent. Everything has come against him and he weathers the storms. There are 45 people who have served as President of the United States over our 240 years as a nation. Each had their challenges and branded the best or the worst president the world has ever seen. Never have I seen a President so dedicated and focused on seeing his goals become reality. Never have I seen such savage attacks on the character and family of a President by politicians and their faithful media.

So your disliking Donald Trump is your choice, but what you use as a basis says more of you than what you think of him. In my view you have two choices – to submit under his presidency or not. If you submit you owe it to yourself to do everything in your power to see that he succeeds in his efforts to restore this nation to its former glory. Otherwise you condemn this nation and yourself to failure. What will your legacy be? How will you be remembered? Someone who hated until it killed me? Hate is a cancer to the soul. – I am the Real Truckmaster!