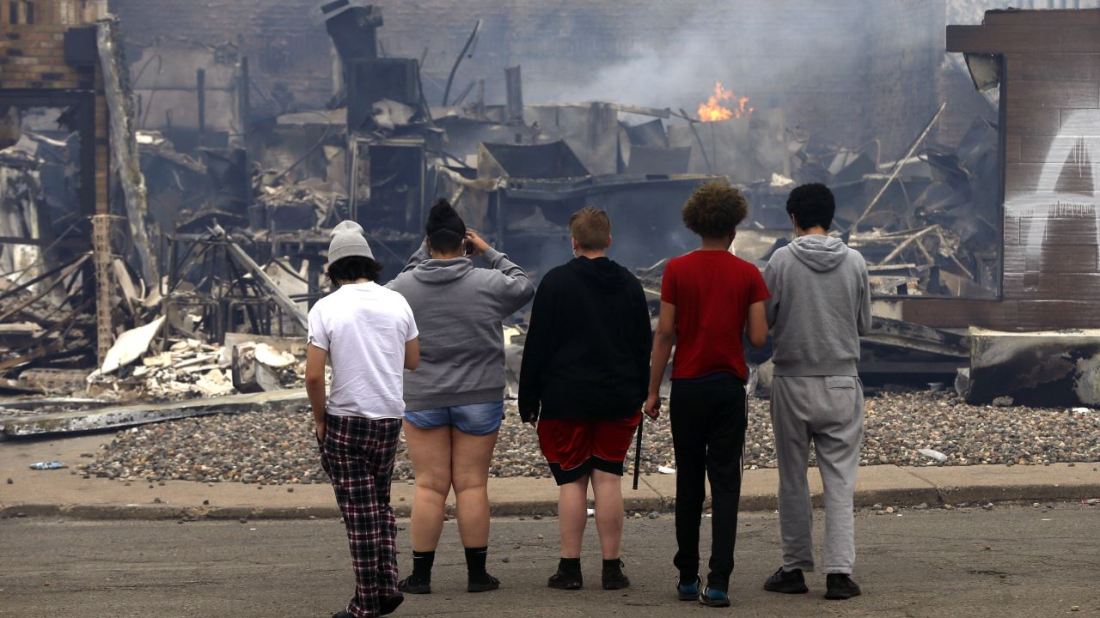 In the Aftermath of the Looting and Rioting

It’s like waking up from a bad dream and finding only ashes. My heart goes out to the people of Minneapolis and other cities across the nation where Mayors and Governors cowered in the face of evil.

May 25th 2020 was a day of choice for Americans. It was the day one man wearing blue killed another man in custody publically and in broad daylight. It was morally and legally wrong, tragic and Americans became outraged. As the community began to speak out against this violent act against George Floyd he became a household name. Something else happened that day as evil men and women seized the opportunity to begin an organized and coordinated nationwide attack on our nation in a wave of violence not seen on our streets since the Civil War.

At a time when Americans battled the COVID-19 virus, politicians battled for control of our nation and domestic terrorists began a reign of terror on our streets hijacking peaceful protests and turning cities into wasteland with death and destruction everywhere. Law Enforcement quickly became outnumbered as city and state leadership became aligned with the terrorists. Waves of shootings, violence, burning and looting filled television newscasts as terrorists declared they were coming.

Statues were vandalized and toppled with law enforcement standing by watching, their hands were tied. Police stations, vehicles and officers became isolated and targeted. The chanting from the crowds became louder and louder to defund the police and abolish the police.

2020 is an election year, and the Democratic hatred of President Trump was palatable as “No Trump in 2021 and beyond” emanated from prominent Democrats in Congress. Like the cities devastated by the campaign of terror, the welfare of the people of America was lost to petty politics.

American voters must open their eyes to the political raping of American that has gone on under Democratic governance. In a short three months the presidential election will take place and those same elected officials who failed to serve and protect you will once again ask for your vote so they can continue their own agenda which does not have your safety in mind. The same leadership who marched in the streets and aligned themselves with terrorists and street thugs are the same ones who will now ask for your support.

Here we are six weeks after the murder of George Floyd and many of American inner cities have been ransacked and destroyed. Democratic mayors and governors who catered to the mobs now beg for federal financial help to rebuild what they allowed to be destroyed by their irresponsible governance. I’m sorry but until these politicians are held criminally responsible and accountable for their actions nothing will improve in these devastated areas.

America deserves better. You deserve better. November 3rd, 2020 is the day you can make your voice heard by voting in new elected officials at city, state and federal levels. – I am the Real Truckmaster!