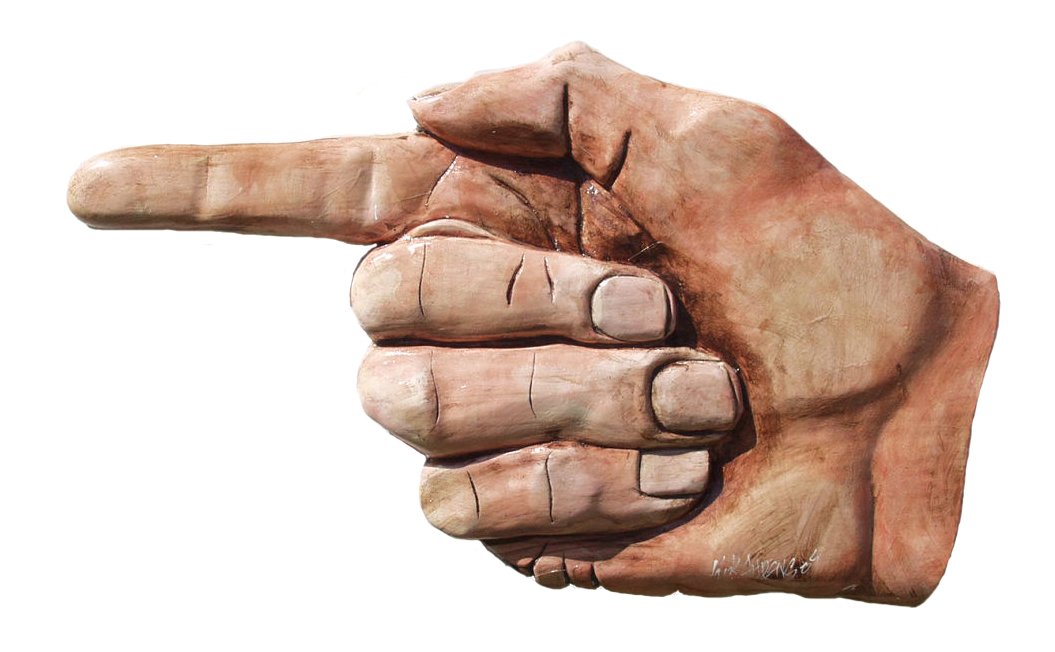 Watch where you point!

I’ve written about this before, but still nobody pays attention. All the posturing and finger pointing does is indict the pointer. No convinced? Just look around at all the so called “hot spots” that have become visible since the 2015-2016 presidential campaign and after the inauguration of President Donald Trump.

We’ve had sexual allegations and scandals, women claiming abuse, business dealings with a questionable foreign nation (Russia), claims of incompetence and unfitness to be president, foreign trade and tariffs, posturing with the nuclear DPRK, and immigration debacles like the wall (Mexico’s going to pay for it, really they will) and now the children pulled from their mommies arms and placed in cages, right?

In fact every tweet or word that comes out of the president’s mouth becomes a front page smear. So much so that comedians who haven’t had a success talent-wise have to resort to Trump impersonator renditions just to drum up media attention. Actors, actresses and entertainers likewise have lost their box-office touch and have to dig deep within themselves just to find a way to connect with an audience about Trump related material.

Not to be left out, but we have legislators who are sleighed because after their financial buddy became president, they have nobody left to bum money from, unless you believe those campaign ads. Yes even Chucky, Nancy, Diane and Hillary were at one time or another craving just to be seen with “The Donald” as it was a status thing.

Now rather than do sit-ins and sleep-ins for one cause or another ON THE FLOOR OF CONGRESS, they are now content to think of themselves as “Resistance Fighters”, rising up to engage in literary combat with the President of the United States.

The cry of Trump tweeting is un-presidential, well it’s funny but Obama began tweeting before Trump and nobody seemed to care. Maybe it was the presidential thing to do back in 2007. I wouldn’t be surprised if Trump was paying attention, but didn’t start tweeting until 2009 after observing the master-blaster at work. Bill and Hillary got started tweeting in 2013, so they were playing catchup back then.

I’ve noticed that when someone points at Trump this…..or Trump that…. The one doing the pointing is actually playing on what THEY are doing. i.e. Obama and Hillary cry “Trump Collusion Russia” after handing over cash and uranium to the Russian government (I’ll bet Putin laughed all the way to the bank on that one).

Democrats shout “Trump Sex Scandal”, after paying an aging “stage performer” to bring up false charges, and by coincidence a Democrat or two have to leave their cushy “public sector” jobs because of sexual scandals of their own.

Now Democrats cry “Trump jailing babies”, and it’s the Democrats who stand in the way of immigration reform that would fix the entire problem. I’ll bet if Trump pulls an Obama and uses Executive Order to “fix” it, they will cry “Impeach Trump”. (Wait they are crying Impeach Trump for Obstruction of Justice?) Why, because he threatened to drain their congressional wading pool, aka “The Swamp”?

Now all the while America is being made just a little bit safer every day. Now all those who disagree can exit stage right and make their way to the nearest exit – San Diego, El Paso or maybe Canada? I hear Cuba is a great place to live if you’re a liberal, or maybe Venezuela?

I guess the old saying “Pointing one finger at someone, leaves 3 fingers pointing back at you” really is true. The saying I like better is for the democrats in congress, “If you can’t stand the heat, get away from the fire”! – I am the Real Truckmaster!