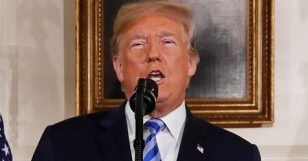 Hank, I hate to say this but I think some of your concerns come from Obama, not Trump. Obama cut factories and jobs and the military, plus opened up immigration without proper vetting or documentation.

Trump’s tariffs are a good thing. They hurt other nation’s ability to trade with the US with an unfair advantage and they know it. China feels it, so does Canada, so they want to levy increased tariffs on our products. That will not work because we will make it harder for them to sell their products here without paying higher tariffs.

Yes it hurt farmers and yes he offered a bail out to help until things settle down with tariffs. Do you remember the GM bail outs, the Wall Street bail outs of Obama? Those were corporate bail outs, but were there any farmer bail outs then?

I don’t understand tariffs but what I’m learning is the purpose of tariffs is to get FAIR and Reciprocal trade between each nation that trades with the US.

Soon those who raise tariffs will come to their senses and will drop or eliminate their tariffs and we will too. The end game is no tariffs out or in for every nation that trades with the US.

Trump has brought factories back to life (coal, steel, and more) and increased jobs while reducing welfare rolls. Food stamps and welfare are not “entitlements”. They are temporary assistance and are not indefinite. There are now many jobs available, but few takers. As long as someone thinks they are above doing menial jobs someone else will come in and do them.

Obama made it desirable to go on welfare, to get the free stuff. It didn’t start with him, but he certainly did more to add to the rolls than anyone in recent history. His theory was one that enslaved blacks and low or no income families to the government. Lowering the bar should have been his motto. No he tried to remove the bar.

I’ve volunteered a number of years at a local church and with a local food pantry. They always need more donations of food, but there are many who milk the system by coming in more often than they’re allowed, trying to get more food than they need and draining the resources so others are unable to get anything. This problem is inherent and did not start with Trump, Obama or even the Bushes.

Americans have grown to become a lazy people, wanting a good paying job, at the top without working our way up (high pay, no work and more time off). I see it every day here in Colorado but when I go around town I see “Now Hiring” on many businesses, but I don’t see people lining up to flip burgers or even volunteering.

I can see signs that should read “Need Help, just don’t want to work” because there are people on every corner whose job is to now standing on the corner with a sign. They are in front of Walmart’s across the country and Walmart is hiring! If nothing else why not look around and pick up trash or do something?

I don’t think the problem is Trump. It’s the hatred of Trump that’s the problem and that hatred is pushed by the Democrats in Congress.

These are the same Democrats who are being convicted for embezzling funds, using foreign actors in their official staffs, even spies that are given full access to their computers and compromising networks, then they push the blame off on someone else – Trump, Russians, boogiemen.

You can’t see the good if you only look for the bad and the Democrats have enough bad apples in their barrel. Top Democrat Keith Ellison is being accused of sexual misconduct NOW during his present term, while Democrats try to dig up fake accusations against Trump for back in the day? Come on get real.

Democrat Diane Feinstein hired a Chinese spy on her staff for 20 years? She found out about it 5 years ago and fired him? The public wasn’t informed by her or the FBI but it comes out now? Yet is one who promotes false accusations about Trump and Russia?

You’re right to say that they’ve never had someone like Trump in the White House before. That is true because what Trump is doing today has never been tried or done before.

Obama gave millions of US dollars to foreign countries WITHOUT STRINGS ATTACHED. He was good at spending OPM (other people’s money) while racking up millions of dollars in personal finances in 8 years on a president’s salary? His presidential library is costing taxpayers millions, so why doesn’t he use his own money to build his monument. Other presidential libraries had to raise funds to be built, why not his?

President Trump is doing great things FOR America, while Obama did a great deal TO America.

The greatest thing Barack Obama did for America was turn the keys over to Donald Trump on January 20, 2017. – I am the Real Truckmaster!