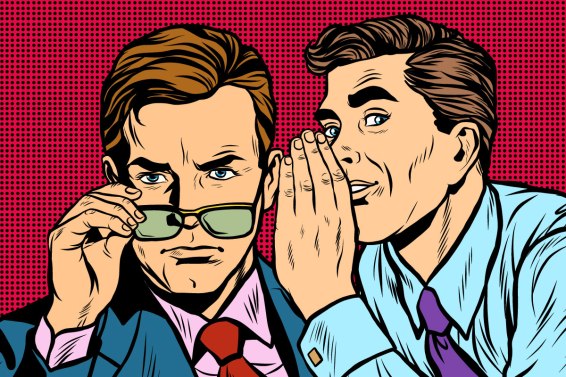 All this hatred toward President Donald Trump is manufactured. Many are those who’ve fallen into the trap, believing and spreading slanderous lies. It is called gossiping. Those who do it are gossipers and the love of God is not in them because God is Love and love comes naturally.

Hate is learned, fostered and nourished over a life time. Hate is taught, often by example and spread by bully’s using peer pressure. The aim of using hate is to slander and discredit someone.

How can one hate, in this case President Donald Trump, whom one has never met unless it has been passed on by someone else?

To gossip is to have casual and idle chatter or a conversation spreading rumors about other people. A gossipmonger is a person who habitually talks about others maliciously.

So when someone knowingly passes on false rumors (Fake News) as fact they discredit themselves and show the kind of person they really are.

Taking another person’s words, their conversation and tearing it apart word by word in order to discredit them is simply displaying one’s own ignorance.

Biblically speaking words are to encourage others and build them up.

President Donald Trump is placing his emphasis on making America good again and has made American interests his number one priority. His policy decisions have improved our economy, increased jobs and taken many off the roles of public assistance. His stance toward other nations and their leaders has given new life to international trade agreements. His focus is on helping more Americans to become self-reliant and independent, able to provide for themselves and their families.

The challenge for those who consider themselves “wordsmiths” is to use words wisely and to seek out and report the positive aspect of the news without simply taking the word of another and passing it on as the truth or becoming just a gossipmonger! – I am the Real Truckmaster!