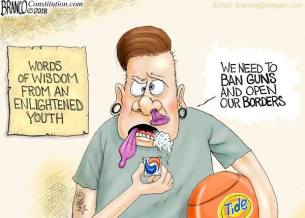 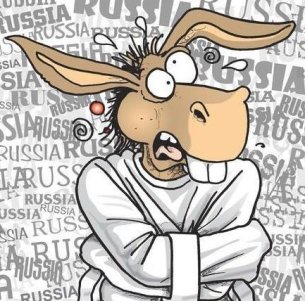 You’ve seen it. A man no longer feels he can identify as a man, so he identifies as a woman. Colorado decided that not everyone is either male or female, now you can be “X” on your Colorado Driver’s License. Don’t know which bathroom to use, try the one called “Unisex”. You can cross-dress and that’s ok. If you’re serious you can become transsexual by having a “doctor” (who’s practicing anyway) fix your “plumbing”. You can even have a white gown wedding in a church, even if you both wear gowns.

Now if I’ve offended you, well I’m just getting warmed up.

Some guy in Norway decided he didn’t want to identify as a 60-something aged male, so he sued to have the court recognize his as a 40-something male so he could go looking for “love” and other benefits. How would you like to unwrap that gift and sue for false advertising?

On television we have programs like “Undercover Boss” where the new guy who shows up to work is actually the corporate CEO trying to find out how you do your job. He ends up seeing stuff that turns his head so much that he breaks cover and fires you.

Back in the day there was a television show called “The Lieutenant” where a commissioned officer went undercover in Basic Training to smoke out the misbehaving drill sergeant. I really liked that show.

Today we have liberal Democrats screaming for tolerance and if you don’t they label you as racist, homophobic and some other really huge words that I can’t even pronounce. They’re intolerance leads to protest marches and rioting and they have such huge obnoxious signs like the one where a woman is holding a sign that reads “Women want to have the same rights as guns”! How dumb is that. Guns don’t have rights, and no guns don’t have feelings either.

We use common sense as a way to call attention to the craziness going on in the world today. You know women wearing pink hats to protest sexual assault, and women who ditch their clothes for the same reason. They want to make a statement.  Well they’ve succeeded because there are reasons why some people look exceptionally well in clothing, while others obviously don’t. (Never go to a nudist beach when the car in front of you is full of 80 year old women).

I guarantee you will never be the same again.

When right is called wrong and wrong is called right, it’s time to take a left and get the flock out of Dodge. Speaking of Dodge, I recently drove through Dodge City, Kansas and got lost. That’s right I missed the sign that said turn here to access the bypass or truck route.  I ended up going down what seemed like the only main road in town. From one end to the other and it looked just like any other town in mid-America and no I didn’t see Miss Kitty, Marshall Dillon or Chester (somebody asked, ok)?

What has been going around for the past 2+ years is something called anti-American “patriotism”. You know what I’m talking about, people calling for no walls, no borders, no USA at all. These are what I refer to as Video Game Warriors “Antifa” (Anti-For-Anything) who dress up as Star Wars Invaders with masks over their faces, goofy helmets and those orange glasses and couldn’t find their way down a one way street, even with the huge arrow pointing the way.

They are basically students in some of the “best” American colleges, universities and public schools that money can buy. (Other people’s money that is) and they tend to live with mom and dad or grandma and grandpa because making it on their own is not a tool in their toolbox.

They are so into Social Media that they think socialism is a country they’d like to live in, while Social Security is for old people who can no longer work and are sponging off society. Yes their heroes are people like Che Guevara and the Nazi Germany “SS” looks really cool on their dark clothing.

When “captured” by law enforcement they become unmasked and guess what, they look like little Mary and little Johnny next door. You know the kids staying up all night playing expert snipers and conquering their make believe world. The best they can hope to become when they grow older is another disgruntled tarcomed.

I’m no expert but if you ask me what we see today is the manifestation of the Real Mental Illness of Political Correctness in America. But don’t take my word for it, look around, watch the news, talk to people and then decide which side of the fence you’re on, unless you’re one of those fence turtles! – I am the Real Truckmaster!