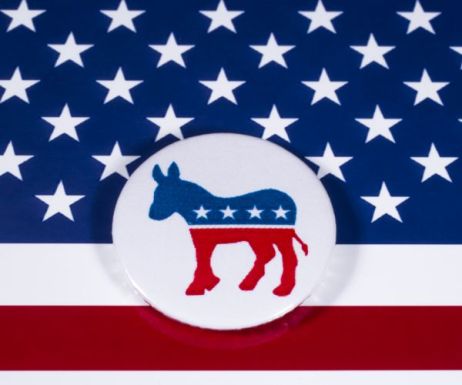 “This is the day that the Lord has made. I will rejoice and be glad in it.”

So goes the chorus of the song we sang in church so many years ago and thinking back on those words I wonder how we got to where we are today in 2019? Man has decided that God is dead and the world is his oyster and must be plucked, pried and forced open so he can enjoy the pearl inside. Oh fateful man how art thou deceived.

The Constitution sets the United States apart from every other nation on earth. It structured a governmental process that has never been copied successfully. In fact the nation of Liberia was where American’s of African descent who were fed up with living in America decided to start over on African soil. It would be wise to check out how that worked for them?

For more than 70 years we have been hearing that racism is wrong and our legislators began a course correction of America to right the wrongs of the past through affirmative action and other social or government programs. If life in America was a highway affirmative action began removing the road signs and replacing them with social warnings. What began in Congress as a pinhead has become a congressional cancer that has infected the entire legislative process. Political parties have also been affected.

After the civil war America experienced the assassination of President Abraham Lincoln and the rise of domestic terrorist groups such as the Klu Klux Klan (KKK) beginning in southern states terrorizing and outright murdering citizens in order to prevent their right to vote or to live as free men and women.

The struggle continued into the 1960’s with the civil rights movement of Dr. Martin Luther King, Jr. and led to the intervention by President John F. Kennedy bring federal troops to escort black students into a high school building. It also led to the assassination of President Kennedy and the division of America over US troops fighting and dying in the Republic of Vietnam.

The undercurrent of unrest that began with the KKK continues today as the congressional cancer has spread to and taken over the Democratic Party of today making them the party of hate through racial and social class division in America.

America has been slow to recognize this party for the hatred it projects. The subtle yet gradual control of entire generations of Americans has been accomplished through political correctness. It has entered every facet of our lives. What began as removing God from our schools, our businesses and our government has attempted to force God out of our homes, our families and our personal lives.

Public education, establishments of higher learning and many local school boards have become establishments of social engineering (brain washing) where basic life skills are no longer being taught, but students have been indoctrinated and given a false sense of belonging (gang style).

At the same time we are led to believe that the “women’s movement” is freeing women to make their own choices about sexuality; that abortions (murder) are a woman’s right to choose and if you are a person of a minority or of low income you must exercise your right to vote as a Democrat.

Through the media and social peer pressure American’s are led to believe that anyone who disagrees with them is a bigot, a racist, and is an operative of a foreign super power like Russia or China.

The cancer that has spread throughout congress comes in the form of Caucuses. These are collective gatherings of likeminded legislators with a goal of promoting specific agendas and ideas. There are many different types of caucuses (512 at last count). They are formed along racial, religious, and other social lines. Many have restrictive in nature membership requirements. Some cross committee lines, and a few even cross over from the House to the Senate or vice versa. It is the potential influence of these caucuses that taints the legislative process. They are nothing more than congressional lobbying groups.

This becomes apparent when racially and religiously based caucuses join forces with the Democrat Party in an effort to stop the Executive Branch or the current administration from effectively enforcing US laws or upholding national security issues. It was the Democrat Party that the KKK sprang out of to terrorize American citizens. It is the Democrat Party that today uses the same tactics of fear and intimidation to prevent American citizens from exercising their God given right to live freely in this nation. They have become an enemy of the people and haters of freedom. – I am the Real Truckmaster!