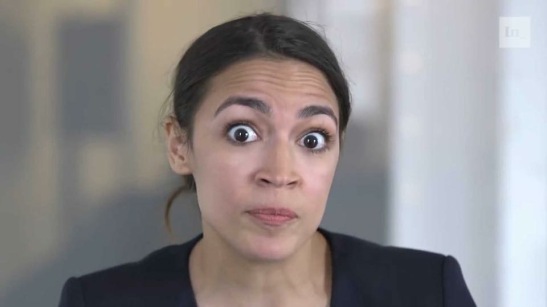 When it comes to political differences there are certain clues that identify every political party policies and agendas. For instance a party that promotes national security and the safety of its citizens looks for ways in which this can be accomplished. A party that promotes as being for the people will look for ways to show how people will benefit from their agenda. While a party that promotes centralized governmental control will center around more government and less individual wealth, freedom and control over the simple things in life. One need not be a rocket scientist or a brain surgeon to separate fact from fiction or loss from gain, benefit from detriment.

In no special order in America we have basically a two-party political system, Democrats and Republicans. There are other political factions attempting to break into the main stream, such as Democratic-Socialists, Socialists and Separatists with each selling the value of their political beliefs. Since our nation’s founding there has been political strife and often within individual parties. Strife when unchecked turns into division and as Abraham Lincoln so aptly quoted from scripture “A house divided cannot stand”.

Knocking off the political posturing we see on social media, the main stream media or on television between entertainers who’s primary goal is to be the biggest and brightest of super stars let us examine in brief detail the current political climate as we head toward the 2020 Presidential Elections.

For the sake of clarity the Democratic-Socialists, Socialists and Separatists are lumped into one political group we’ll call the Green New Basket. This is the platform where increased taxes will rid the upper class of their wealth and power basically eliminating the middle class altogether. Taxing the super-rich at or above 70% will fund a lot of free stuff like social medicine, upper secondary education and help cleanup he environment by eliminating fossil fuels and reducing the carbon footprint so that the world will continue well past the projected 12 years.

The Democrats are in another group we’ll call the Me Too Basket. This is the platform where the US Constitution is no longer relevant and even national sovereignty is less of a concern as massive immigration is seen as a right given to everyone. There is no need to work as everyone is to be guaranteed a hefty paycheck even when they choose not to work. Housing, Medical, Education and Food are free. There is no need of a president because the party leadership knows better on how the lives of ordinary citizens ought to be lived. Abortion on demand is the new order of the day. Not restricted to life in the womb, but end of life currently set at 70 years of age. Not to worry that those setting the rules are well beyond that life expectancy already and lowering the voting age to 16 will take care of the details in due time. Newborns are not to be lumped into any specific gender category as that line of thought is so outdated. Simply refer to them as gender –neutral until they are of the age that they can decide for themselves. There is nothing to worry about with sexual predators because it is anything goes with transsexual, bisexual, abnormal sexual are all ok and age is not problem. This group believes that all minority individuals MUST believe, act and do as the Democrats insist or they are will be seen and categorized in the same manner as the final group and relegated to object servitude where disagreement is not an option.

The Republicans are the final group which we’ll call Trumps Deplorables Basket. They have a platform of working hard and visualizing the American Dream. They believe that US Constitution is the law of the land and something to be protected and defended against all enemies and at all costs, including death. This group believes in less government, less taxes and more freedom to worship and honor God, love family and defend the nation. Immigration is necessary to the livelihood of the nation, but monitored, controlled and subject to what the migrant brings to the table. Education is important, not school house book work, but hands on training for real world jobs that sustain and supplement national objectives. This group believes in Ronald Reagans “live in peace but prepare for war” ideology. The family is the most important unit where teaching God’s love to others is all important. To this group it is government that works for the people, not the other way around. Public service is for and answerable and accountable to the people. Failure to deliver means stepping down and going home and back to work in the private sector. To this group we are not the world police, yet we will not stand idly by and watch evil run rampant. We live by our core values God – Family – Country and America First. We do not need guns, nor do we seek more guns, but should when needed, we will stand shoulder to shoulder with guns to defend ourselves and our  brother standing next to us.

In a world where failure is the standard we will not. We are God fearing, freedom loving and family protecting – We are Americans, citizens not of the world, but of the United States of America. We are proud to be called Americans, yet humbled by the responsibility that comes with that title. – I am the Real Truckmaster!