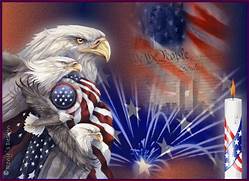 As 4th of July 2019 approaches and we celebrate Independence Day one might ask what are we independence from? It’s hard to know what has been taught in school classrooms as political correctness has so influenced every facet of our society.

History tells us that even before 1776 the colonies in the Americas were unsettled by sending taxes to the crown without the slightest bit of input or oversight as to the laws governing them. This led to a select group of men and women who decided that somebody had to do something. I’m sure any communications with the British government were routinely dismissed or ignored.

Even as these brave men and women began organizing a more official response there were many who were afraid (and rightly so) of confronting the might of the British empire who would see this as treason and everyone knows the punishment was forfeiture of all assets and death. As expected once the gauntlet had been laid down the British military response was overwhelming with troops being sent in mass to quell this civil unrest.

Many viewed this as a hopeless task, yet in spite of the hopelessness of the situation some went courting European countries for financial and military support against Great Britain. The colonists began assembling allies among the native Indian tribes and from European countries who were fed up with the British as well. It began as an untrained, untested under equipped force of hunters, farmers, bankers and all those in between taking on the Goliath of the largest, best equipped, and trained, battle tested military force on earth.

The conditions were brutal as were the British. Winters were hard, cold and the colonists suffered greatly, yet would not give up. Even the leadership of the colonists had been untested in battle up to this point and mistakes were made, by both sides I might add. It was not simply a fight to be fought for the sake of it. It was a fight for the dignity of a people wanting full control of their own government, not one far away. It was a fight for freedom.

The fighting was long and hard and in the end the colonists declared victory and the United States of America became an entirely new entity. Not just in name, but on papers signed by the founding fathers and ratified by the original 13 colonies. A Constitution, including the Bill of Rights was written that would establish the first and only Constitutional-Republic where the government worked FOR THE PEOPLE and BY THE PEOPLE and everyone was created equal by the Creator in Heaven.

There were a great many obstacles to overcome, yet with much debate and compromise this nation had been born. It was and is not now a perfect nation. Over time each obstacle has been tried and tested against the Constitution. Sometimes modifications were made to fix obvious flaws and to clarify the intent of this form of government. Today in 2019 the United States of America is still the only Constitutional-Republic form of government in existence. It literally is a beacon on the hill that inspire the world toward Democracy and Freedom.

Independence Day is more than fireworks, hot dogs, parades and football. It’s even more than mom’s apple pie, cake and ice cream. Americans for generations to come will be able enjoy the freedom fought for so many times since the foundation of this nation.

As you gather your family together this holiday season, take a moment to tell them about George Washington, Paul Revere, John Paul Jones and others like Benjamin Franklin and Francis Marion who put their lives on the line for freedom, for you and for me. Tell them about the Civil War, World War I and II, Korea, Vietnam, Somalia, Panama, Iraq and Afghanistan where Americans before them have laid down their lives in defense of freedom. Take a moment to pray for our men and women in harm’s way today as they serve around the globe for the cause of Freedom. – I am the Real Truckmaster!