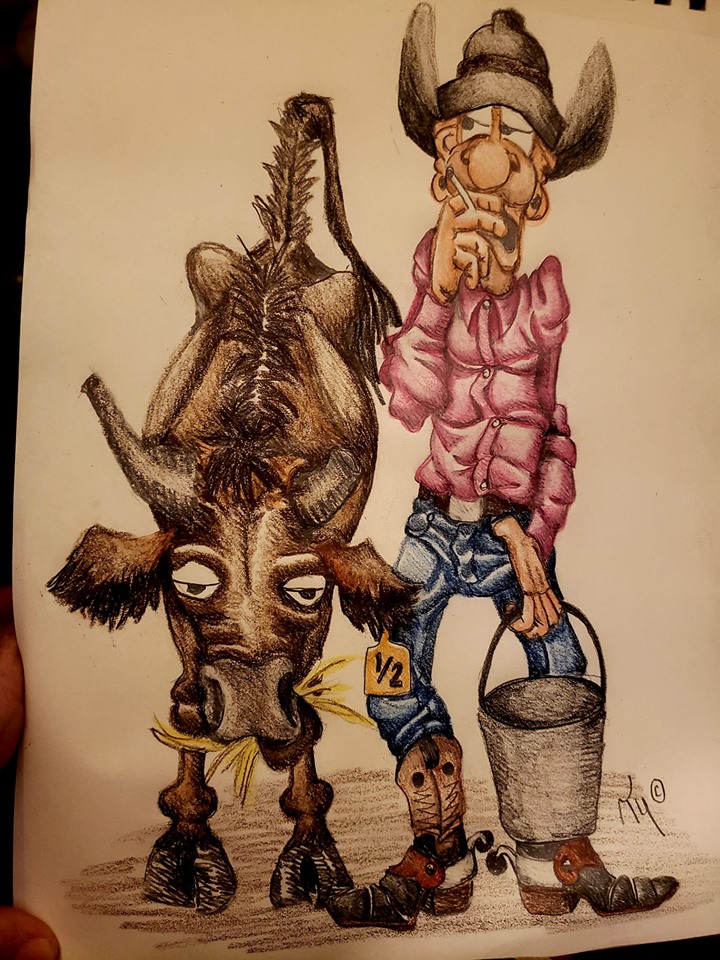 Every Carnival or County Fair

In every county across the nation it is the American tradition to go to the County Fair where you will see livestock, poultry and homegrown displays of jelly and pies of many varieties. You can grab a hotdog, hamburger or popcorn and munch as you walk from display to display. It’s a fun place for kids of all ages to see the many ribbons on animals, projects and trophy sized melons. Often the rodeos are full of action packed bucking broncos and bulls throwing riders every which way but mostly loose.

I love going to the smaller county fairs as they have that small town feel to them. The local implement dealer has all the latest tractors, plows and combines to entice the farmers and ranchers. As you go into the entertainment rows there are vendors selling various items and carnival hawkers (they probably don’t call them that anymore) where you throw rings over bottles, toss coins on plates to win and always the shooting gallery where hitting the yellow ducks or the target is about winning the biggest teddy bear.

And because it’s a county fair the local politicians may have a booth where you can meet and greet them or their staff. It’s their way of staying connected or vying for votes (You know the kissing babies thing). They seem so down to earth in their flannels, jeans and cowboy boots. So what changes when they get back on “capitol hill” at state or in Washington DC?

It seems that in DC every politician aims to get out in front in the game of politics. After hopefully talking to their constituents they choose causes that are near and dear to the hearts of the people who elected them in the first place. I’m sure whether it’s out in the flyover country or deep in the heart of the inner city America wants to live and raise their families in peace and safety where they can live the American Dream with the support, not the interference of government.

I, for one, don’t want or need the political pandering of professional politicians positioning and posturing for reelection by public displays of political ignorance. I don’t want to see the political shooting gallery where politicians choose to become the target rather than dropping party mantra, rolling up their proverbial sleeves so they can get to work on what’s important to me.

Maybe they have forgotten why they were elected in the first place. It wasn’t because they promised me the moon, the stars and everything in between so I would cast my vote in their direction. It was because I saw the promise, potential and hope they offered during the campaign. Maybe I saw that new blood, untainted by political bias would bring new ideas to an old establishment so that America would win once again. Maybe I saw hope in a change of direction or focus that someone from my county, state or nation could bring to the national stage.

I don’t want or need to see the one-up-man-ship of politicians who eat breath and wear clothes the same way as I do trying to demonstrate political superiority over anyone. In the final analysis what really matters is character and promises kept with demonstrable results. Do you know what you’re talking about? Can you bring it to fruition? Will my family and I benefit from it? Political labels are meaningless and quite often become failed ideas that ensnare the very politicians who put that political badge before common sense.

It is my opinion that Congress has become corrupted from within by allowing Congressional Caucuses to steer the course and direction of Congress. There are more than 242 Congressional Caucuses, each one acts as a separate Congressional lobbying group. They ensnare those who join and harass shame or bully those who choose not to join. Many caucuses are taxpayer funded. They must be defunded, abolished and banned from the halls of Congress. The purpose and goal of Congress is to make laws and enact taxes while upholding and defending the Constitution of the United States – I am the Real Truckmaster.