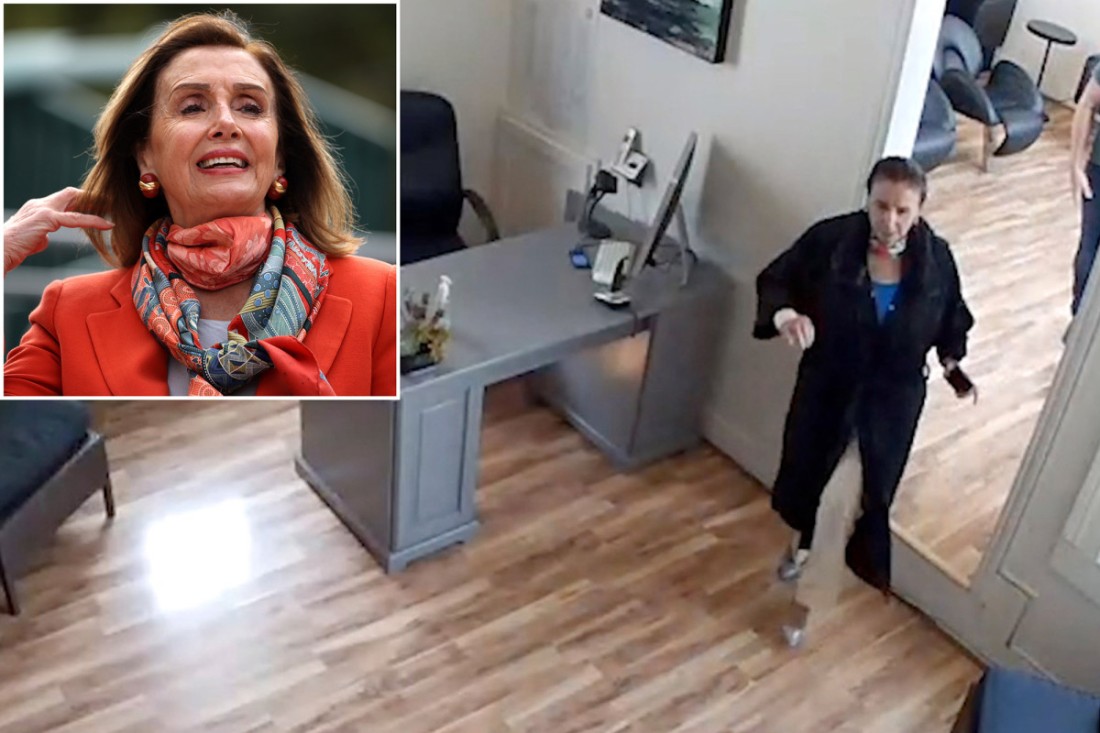 Did you hear the one about the democrat who goes into a salon in San Francisco? Oh wait that was yesterday’s news wasn’t it? Well as Paul Harvey would say “here’s the rest of the story”. Actually here is more to the developing story as Speaker Pelosi attempts to divert the blame for her actions to the small business owner of a San Francisco beauty salon.

Yesterday we heard that madam speaker just had to get her hair washed and blow dried. Her assistant called a local stylist to make an appointment. At the appointed time Pelosi entered the salon and the stylist, who happens to be an independent contractor (licensed stylist renting booth space at the salon), performed the necessary services. Unbeknownst to Pelosi the salon had security camera footage of her walking about the salon without the required face covering.

The salon owner leaked the footage to the media and called Pelosi’s trip to the salon a slap in the face of salon owners and stylist in San Francisco who have been closed for several months due to restrictions and at best were allowed 1 customer at a time in salons with multiple stylists.

An indignant Pelosi became angry accusing the salon owner of setting her up, when in fact it would seem that the speaker was victim of a self-inflicted setup. Small business owners throughout the city have had to close businesses due to unreasonable COVID-19 restrictions. Many closures are for good as attested by the boarded up businesses near this particular San Francisco salon.

In something straight out of a “Payton Place” movie once Pelosi’s nephew (California Governor Newsome) found out about this incident he issued a modified order allowing salons to reopen at 25% capacity. Problem solved right – wrong.

I am not into the hair business (I’ve lost most of mine many years ago) however unless I’m sorely mistaken each state has a licensing board for salons and barbers. Each person must undergo massive amounts of training then take a series of exams to qualify for a license to practice hair stuff? Prior to COVID-19 some stylists could be licensed for mobile work, allowing them to go into homes to service home-bound customers. Brick and mortar Salons must also be licensed according to state board requirements. Many salons rent booth space to qualified stylists who are not employees but independent contractors that work on their own schedule and bring in their own clientele. These booth renters pay a set amount whether they work only one day or seven days per week.

Now it seems that the stylist who worked on Pelosi’s hair sought the advice of an attorney in order to issue a formal statement in his behalf that stated the salon owner made the stylists work to pay their booth rent even though the salon should not have been open due to COVID-19 restrictions. The statement made by his attorney was leaked to the press by a Pelosi family member in an attempt to shift the blame away from Speaker Pelosi.

The stylist’s statement indicated wrongdoing by the salon owner as he just wants to get back to his regular routine of doing hair stuff. He forgot one important thing in seeking that legal counsel, that as a booth renter he is now entitled to pack the tools of his trade and search for a new location to ply his trade, as he may no longer be welcome in the salon where he worked. This commotion shines a giant spotlight on salons in the San Francisco bay area and across the state of California and certainly there will be repercussions for small businesses that are forced to close leaving families to find other means to earn a living and survive.

American’s are hurting during this pandemic and Speaker Pelosi is one person who has chosen to stand in the way of opening up America and getting hard working Americans back to a normal life. Madam Speaker has one single goal and that of hurting President Trump’s chances of re-election. Her actions are in fact uniting Republicans and Democrats behind President Trump and will insure his bid in a landslide election. Thank you Madam Speaker – you are one of the reasons that Trump will win in 60 days. – I am the Real Truckmaster!