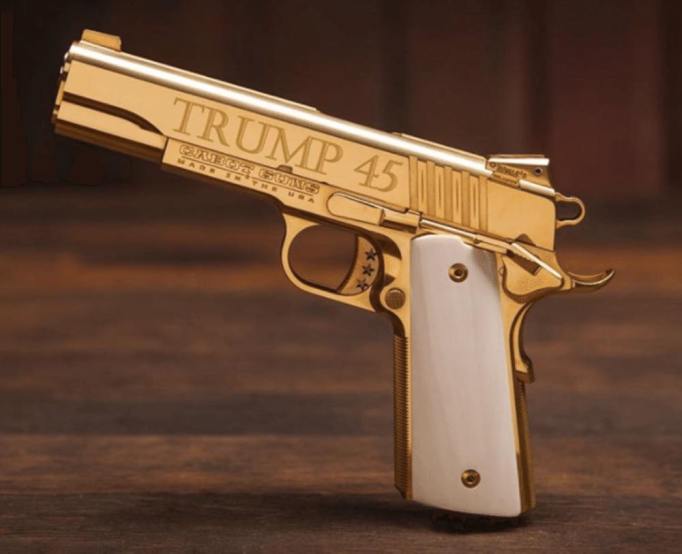 It’s Not About Trump

I know what you’re going to say. Yes it is all about Trump. I beg to differ and here’s why. Donald J. Trump has spent his entire life in his family’s construction and real estate business and he’s done very well for himself, his family and for the business. He has accumulated money, power and fame. In the worldly sense he has arrived. He raised his adult children in the family business instilling within each of them a strong sense of purpose and a no nonsense business work ethic to be admired. Dnald and Melania are currently raising their son Baron, shaping him into the man he will become.  For President Donald J. Trump life is good. If you look past the hype you will see that it’s not about him, it really isn’t.

Anyone who looks at who Donald J. Trump was in the past will most likely agree that he had that snarky look of a hungry insurance salesman or used car dealer, the guy who’s always looking for a deal and not just any deal, he’s looking for a good deal, no a great deal. Hence his book “The Art of the Deal” gives one a sense of his business philosophy and what he determines to be a good deal.

Now before you start thinking (that can hurt), know that I come from the Treasure Valley, and a small town in southwestern Idaho called Homedale. I grew up in and around the Homedale-Wilder area before moving to the Boise-Kuna area where I graduated from high school. I then went into the military and spent a majority of my adulthood traveling around the world as a member of the U.S. Army. I didn’t have time or the opportunity to become politically active, other than voting an absentee ballot.

I have never met, seen or talked to Donald Trump except on an occasional episode of The Apprentice. I just did not like the way he called people out and said “You’re Fired”!

An occasional article in the Associated Press may have filtered down to a local paper but I did not keep up on the goings on of Donald J. Trump. And as I’ve been saying it’s not about Donald Trump.

I’ve read books and articles that tell me Donald Trump has been interested in politics as early as the mid 1980s, but did not actively pursue running for president and at that time he was no political threat. The movers and shakers in business, entertainment and politics all wanted to be seen with him and he with them because big money attracts.

Meeting President Ronald Reagan may have been the catalyst that got Donald Trump’s attention. The flair and flavor of Doonald Trump may have simply repackaged the vision of the Reagan message. Their goals were the same to Make America Great Again and to place proper emphasis on American workers and American goods building up the economy and rebuilding America’s military might so that America is once again respected as the world leader.

It has been said that Donald Trump said he doesn’t do anything unless he knows he will win and failure is not an option. When asked on several occasions to run for President he said no. Over the years Donald Trump has amassed a great fortune with properties located around the world. The Trump name adorns buildings and properties and is plastered boldly across the Trump airplane. Some view that as flaunting or in your face so that everyone knows its Donald Trump. I beg to differ.

It’s almost a forgotten thing we used to hear called “American Pride”. I read an article some time back that said workers would sign their name somewhere on each automobile they helped build to show pride in their work. Remember the tags “Inspector 101” (or whatever number) that showed an item had been quality control checked? That has been all but forgotten in America, but not by Donald Trump. When I see “Trump Tower” or the airplane “TRUMP” or maybe a golf course it’s not arrogance that I see. No it’s pride displayed over the accomplishment of a project well done. Trump does not build Walmarts or Kmarts, but high end exclusive properties.

When I see Donald Trump preaching “America First” and “Built in America” or “USA” I see a man who truly loves the United States so much that he had to do something about the condition of decay that has overtaken this nation after the Second World War and really took hold during the Vietnam War years.

That’s when politicians and protestors began using radio and television to change public opinion to stir up racial divisions among Americans. The images coming out of Vietnam were skewed to give the impression that the war was going badly and America wanted out. Bring our boys home they said, but when we came home we were ostracized and unwelcome. America went into a great depression which today it is called Post Traumatic Stress (PTSD). The ship of state had no rudder.

After World War Two America had 11 presidents who were mostly politicians or businessmen. We were warned by Dwight D. Eisenhower, uplifted by John F. Kennedy, encouraged by Ronald Reagan and lied to by Barack H. Obama each promising to deliver America from this great depression, yet each one failed.

The rise of Donald J. Trump to become President of the United States was about as unlikely as the pope coming out of the Catholic Church in New York City. With so many qualified candidates having already announced their candidacy nobody expected a billionaire from New York to enter a race he was so unqualified to enter. He wasn’t even a politician. The likelihood of him succeeding was even lower than that of Hillary Rodham Clinton former Secretary of State for Barack Obama.

Even at this point it’s still not about Trump. In political circles and in the media it looked like the Belmont Stakes were all set to anoint the favored daughter of New York to become the first woman president in American history. So sure of themselves that the events had been orchestrated down to the very place where the coronation would be held at an event center overlooking Trump Tower and with a glass ceiling so appropriate for celebrating election night.

The campaigning had been relentless with candidates crisscrossing the nation to swoon and sway voters to the left or to the right. The Clinton campaign became over confident and lackadaisical and began coasting to the finish line so sure of victory. The Trump campaign watching the results pour in kept pushing forward until the very end.

An unforeseen consequence happened in September 2015 meeting Donald J. Trump was told by a prominent Christian businessman from Dallas that God had a plan. He would become the forty-fifth president of the United States and he would be an Isaiah 45 president, “a wrecking ball to the spirit of political correctness”.

What happened next can only be described as a miracle as the Electoral College votes were counted and became final – Donald J. Trump was the President-Elect of the United States. This has become the “Shock and Awe” of American politics. During the campaign Donald Trump repeatedly said he would drain “The Swamp” in Washington, D.C. The backlash of “The Swamp” was immediate as organized and orchestrated resistance and delay tactics began and continue to this day.

The Liberal leftists and the Democratic Party were initially stunned and overcome by what is termed as the Trump Derangement Syndrome (TDS) over the loss of Hillary Clinton’s chances for a presidency she lost in 2006 to Barack Obama and now in 2016 to Donald Trump. What are the chances of lightning striking twice?

I won’t go into the details as the resistance movement a continually constant drum roll on main stream media outlets nationwide against anything Donald Trump says or does. This is a spiritual battle between forces of evil resisting against Almighty God and utilizing humankind as pawns for their enjoyment.

Midterm elections are upon us as Democrat and Republican candidates are jockeying for position in American politics and soon there will be primary elections. It behooves each of us to consider the consequences of our actions to vote or not. Again it’s not about Trump. – I am the Real Truckmaster!