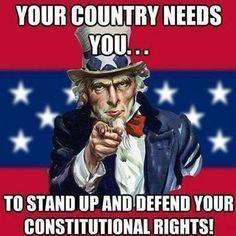 In the olden days cowboys would pick their fight, weighing the fastest draw or the straightest shooter would ultimately be the winner and they would be the last man standing. Gamblers would take a chance at winning the pot of gold. Cheaters on the other hand would take the chance of not getting caught cheating at cards, but carried a hidden weapon just in case.

Today in 2018 not much has changed since those cowboy days, yet everything has changed. The bible tells us that there is nothing new under the sun. There is a day for every season. What you do in private will be made known publicly.

The nature of politics is one of deceit.

Knowledge of the law empowers and leads to power and control.

Political corruption leads to the enslavement of complete civilizations.

When one realizes the simple rules above it is so much easier to choose your battles wisely.

“One cannot afford to not recognize your enemy.” – Donald J. Trump POTUS#45

The truth has been distorted in America so much so that Americans often believe most of what they read, see or hear making the truth irrelevant.

The Democratic Party of the 1800s was much different back then. Many of the slave owners in America were Democrats and lived in the South. Slavery was one of the triggers that set off the Civil War and Democratic plantation owners and local government officials were not willing to abolish slavery, without a fight. Democrats were so set in their ways that they would right fight than change. The Klu Klux Klan came into existence as southern veterans refused to accept the changes afforded blacks after the war.

Abraham Lincoln was a Republican president and did not condone the resistance of the southern states. The northern army granted freedom to slaves who fought against the south. After the war Lincoln ordered all southern soldiers and prisoners be allowed to return to their homes. After all they were Americans.

One can see the same mindset in America’s political parties of today. The Democrats are the party of enslavement making it easy to receive government programs and free stuff without making any significant contribution. The Republicans are the party of working hard and contributing to the welfare of America, but not as a welfare state.

Look at Congress and see what each party has to offer? Are you satisfied with freebies? Does it not bother you that although you are able bodied, you choose not to work? Have you no pride in what your hands can accomplish?

The Constitution is the law of the land. It is the guideline patterned after the bible which makes something either right or wrong, no middle ground.

When soldiers go into war the rules are very clear, be prepared; seek cover and concealment; attack the enemy’s weak points; overcome and kill the enemy; protect and defend your fellow soldiers; leave no one behind; & live to fight another day.

“It is not patriotic to die for your country; make the other guy die for his country.” – paraphrased George S. Patton General, Army.

To protect and defend the Constitution of the United States against ALL enemies both foreign and domestic is not just patriotic; it is the responsibility of every American.

It is vitally important to Choose Your Battles. Patriots are born; Leaders or Cowards are made. Freedom is not free! Everyone must lead, follow or get out of the way! – I am the Real Truckmaster!