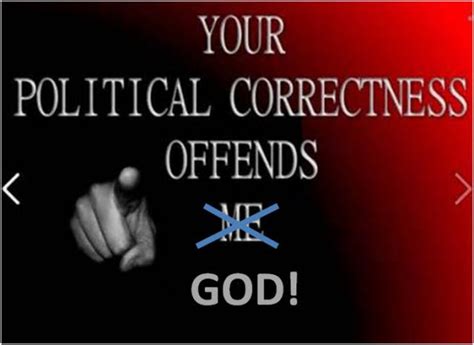 What is American Political Correctness?

To understand what we mean by political correctness we must identify the definition, terms and conditions of its application and use. Merriam-Webster’s online dictionary defines Political Correct as an adjective where “Conforming to a belief that language and practices which could offend political sensibilities (as in matters of sex or race) should be eliminated.”

In biblical terminology we see that there is a spiritual force behind Political Correctness as the forces of evil continue their rebellion and resistance to the supreme power of Almighty God.

We also need to understand when it began to be used and the context and for that we must refer to The Origins of Political Correctness as in the article by Bill Lind published on February 5, 2000.

Here we are in 2018 (eighteen years) after Bill’s article was published and what we see today are the advanced stages of feminism where feminists are the victims, the gay rights movement has morphed into the LGBT movement where they are the victims and history has been rewritten by the invented statistics movement, plus all the lying liars and all their lies and baseless demands have many Americans fearful of what they say, what they write and what they think.

Anyone on the political right who uses an offensive or insensitive word are labeled as racist, sexist or homophobic, while the political left claim its freedom to speak.

Cultural Marxism of Political Correctness, like economic Marxism, has a single factor explanation of history. Economic Marxism says that all of history is determined by ownership of means of production. Cultural Marxism, or Political Correctness, says that all history is determined by power, by which groups defined in terms of race, sex, etc., have power over which other groups and nothing else matters.

In the classical economic Marxism, certain groups are good – workers and peasants, and other groups are evil – capital and business owners.

It is also interesting to note that in 1923 Germany a “think-tank” was established to translate Marxism from economic into cultural terms, thus creating Political Correctness as we know it today. A wealthy German by the name of Felix Weil became a Marxist and used his money to sponsors the First Marxist Work Week bringing leading Marxists together to iron out the differences in Marxism.

In the United States we see PC become prominent first with the peace movement and the hippies of the 1960s. Over time these hippies became college and university professors and deans and cultural Marxists began taking over campuses across the nation.

Because both economic and cultural Marxism rely on expropriation which is taking away personal property and rights of those who didn’t espouse the Marxist thought process. They began using things like quotas for admissions, affirmative action, regulating who graduates and who doesn’t.

In the business world and in government contracts are withheld from white owned companies in order to give minority and women owned companies priority, this is another form of Marxism.

Deconstruction essentially takes any text, removes all meaning from it and re-inserts any meaning desired. So we find, for example, that all of Shakespeare is about the suppression of women, or the Bible is really about race and gender. All of these texts simply become grist for the mill, which proves that “all history is about which groups have power over which other groups.” We see that today as Political Correctness.

Since 2015 when Donald Trump announced his run for the presidency, he said he was going to drain the swamp. It was a figurative statement with literal repercussions. What he began doing after being sworn in as President was to begin deconstructing the political correctness we call the swamp.

The swamp is like the many tentacles of an octopus.  Once you identify and take measures to remove the tentacles, others begin earnestly interfering because they know that they are on the chopping block too.

The talking heads of the media and other Trump critics are constantly saying that he is too hard on the media, calling them the enemy of the people and Fake News. Normally politicians are trying to appease everyone and not become offensive. In case you don’t know, Donald Trump is not a normal politician. Every time he opens his mouth or sends a tweet someone is offended. It’s like America wanted another politician? Quite the opposite, America NEEDED a warrior president who would stand up for Americans and place America First.

Did I say that Donald Trump was not a normal politician? Well he isn’t!

World leaders know what the American liberal left has yet to learn, Donald Trump doesn’t make idle talk as President. He speaks from the heart and he makes promises that he intends to keep. His goal is for ALL Americans to get a better deal from our government. When he makes an announcement he has weighed the pros and cons and had already decided when he feels it is right for all Americans.

Donald Trump may very well be America’s “Last Samurai” warrior or our last “Gladiator” so be advised that he takes the job of being President of the United States very seriously and will never give up or give in when it comes to the welfare of the American people or the United States of America. – I am the Real Truckmaster!