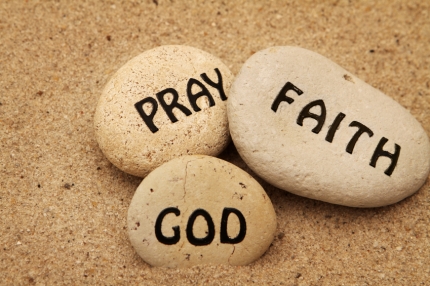 Gods Will Be Done

The election craziness is over, except for the fallout. I heard many Christians calling for God to act. He did some 2,000 years ago when he gave his only begotten son Jesus to die on the cross at Calvary for the sins of the world and rose again to be seated on the right hand of the Father.

13 No one has ever gone into heaven except the one who came from heaven—the Son of Man.

14 Just as Moses lifted up the snake in the wilderness, so the Son of Man must be lifted up,

15 that everyone who believes may have eternal life in him.”

16 For God so loved the world that he gave his one and only Son, that whoever believes in him shall not perish but have eternal life.

17 For God did not send his Son into the world to condemn the world, but to save the world through him.

18 Whoever believes in him is not condemned, but whoever does not believe stands condemned already because they have not believed in the name of God’s one and only Son.

19 This is the verdict: Light has come into the world, but people loved darkness instead of light because their deeds were evil.

20 Everyone who does evil hates the light, and will not come into the light for fear that their deeds will be exposed.

21 But whoever lives by the truth comes into the light, so that it may be seen plainly that what they have done has been done in the sight of God.

The elections are over and as former President Barack Obama once said, “Elections have consequences”, we are now going to see how those consequences are going to affect every part of our daily lives in America and I haven’t even begun to see how the final results turn out. Only God knows.

As I said earlier Christians were asking God to bring Christian candidates into the political arena and that was not the right way to pray. We should have prayed for God to take all political candidates and bring them to a salvation knowledge of HIM so that it God would affect the outcome to his glory. Isn’t that what God does ultimately? He is to be glorified by all creation!

It matters not whether the Democrats won or the Republicans won, but that we as Christians keep our eyes fixed upon the one who matters – Jesus and realize that God is in control.

So many Christians were upset and surprised at the 2016 election of Donald J. Trump to the presidency, but did not see God’s hand in it. Even today Christians try to marginalize the God factor in American politics. It may be hard to see a positive outcome as the political scene changes, but remember that God is still in control.

As in the days that Jesus walked on the earth and ministering with his disciples Satan thought the cross was his victory over God and he was wrong. Satan is hooting and howling over his seeming victory in these elections, but again he is wrong.

It is God’s mandate for the spirit of political correctness to be broken, crushed and destroyed over its grasp on America. We know it as “the swamp” and it must be drained as the political correctness loses its power so it is only natural for this huge election “victory” to give a false sense of security to the forces of evil, to which God has already numbered their reign upon the earth.

We are going into Round Two of a prize fight in which God not only wins, but wants ALL the participants to submit to His will and purpose for their lives, for God ALL SOULS MATTER as they are HIS creation.

I don’t know what the future holds for America or for the world, but I do know that because God is in control it will turn out all right when we keep our eyes on Him, trust in his son Jesus and pray for God’s will over our lives and over America.