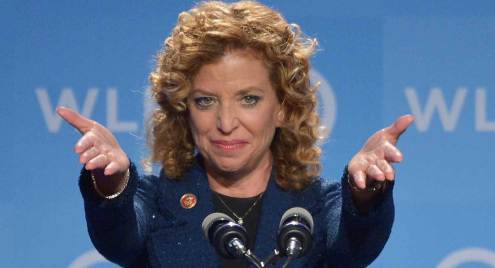 It is foolish for man to think he possess power and control over anything. There is only one who has absolute power and that is the Creator God who does not relegate that power to the creation. Beginning with Adam man has had a problem with power and control. In the Garden of Eden man had the power to eat of the fruit, converse with God daily and name the birds of the air, the animals on land and the fish in the sea, yet could not control the temptation to eat of the fruit of the tree of the knowledge of good and evil, forbidden by God himself.

The result was an immediate separation from God due to the sin of disobedience. This was followed by the blame game as man tried lying to God (who knows and sees all) in an attempt to place the blame on everyone but himself. God asked, Adam blamed God for giving him Eve; Eve blamed the serpent for deceiving her; and the serpent laughed. God destined man to work his entire life, woman to bear children and her children to be at odds with the serpent.

The serpent would have his head smashed by the foot of man, the second Adam in the personhood of Jesus, the Christ who was God’s only begotten son who would be born of woman, die on the cross for the sins of man and take the keys to hell, be raised on the third day to sit at the right hand of God the Father until the time he would return to earth on a White Horse of fire.

To show how foolish it is for man to think he is in control, power, money and even the wealth of kings is never enough. The more you have, the more you want more. Money is power and power is money. It is the nature of man to be greedy.

Moses was given the law from God in the form of the 10 Commandments in Exodus 20:2-17 and again in Deuteronomy 5:6-21. The essence of the law was to love God with your entire being, love your neighbor as you love yourself and whenever possible to live in peace with everyone.

At one point in history man began working together to build a tower into the heavens. Had it been successful man would have no need of God. So God confused their speaking into many languages and scattered them to the ends of the earth. Man has been in war against man ever since. Fighting, conquering in the quest for power, absolute power.

The military is structured with a hierarchy of power called ranks and titles. With each come commitment and responsibilities to the branch of service, the unit and its mission and to the men and women who get the job done.

There used to be an accelerated promotion program referred to as “shake and bake” where individuals are placed through a rapid training course and become sergeants. The intent is to provide leaders to take troops into battle. There are pros and cons of this program with many successes and many failures.

It takes someone with a certain maturity to handle the responsibilities of leadership. There are many decisions to be made that affect life, limb and property in order to accomplish the mission. Without that maturity individuals are unable to handle it. It is referred to as having a “big head” (their head swells with their new found rank and power). The same thing happens in everyday life outside the military too.

Take any company, corporation or franchise that promotes from within, a worker becomes a shift leader or supervisor. Where he was working alongside his buddies and co-workers, now he’s the “Boss”. His relationship has changed and he cannot give the appearance of favoritism. He tells people what to do and things become tense. Those who don’t comply with his often ridiculous instructions are “written up”. Then their hours are reduced resulting in smaller paychecks. Soon they quit.

We see this in politics too. Starting at the local level, maybe city council or county commissioner level where one must actually run for office. There are promises made and votes to gain. Once the election is over the promises often become a distant memory to be forgotten, until the next election cycle. The quest for power has begun. Next it’s mayor, governor or maybe state legislature, then on to Washington, D.C. There are committees, panels and it doesn’t take long to feel so all important and one could make the argument for irreplaceability. It now becomes a matter of longevity in office. Promises made but forgotten as the goals have changed and staying in power is paramount.

On the national level there are “pork barrel” projects for home districts or states that must be advanced. Lobbyists groups have special interests to promote and they need legislators to come on board. Often times there are financial “kickbacks”, vacations or other means of insuring their support. Remember power is money and money is power and often giving the illusion of absolute power and being untouchable or slightly above the law.

It is the voters who do not see inside the beltway or inside the halls of congress. They do not see the wrangling for positions of power, committees that influence the outcome of votes. They do not see the corruption or deceit that goes on daily. The name game influences the next election and voters often just check off names by political party and move on. That is exactly what some legislators are counting on, the checking off the boxes without any real investigation into whether or not a change is needed.

Once legislators are elected they are like fish in a pond, looking for committees to join or be appointed to, caucuses to join or create to advance their personal agendas. The longer they are in office more powerful they become. The more powerful they become the more they long to remain in office. If they are strong forceful speakers they may be the voice of a particular piece of legislation. Or they may simply occupy an assigned seat and vote as they are told to vote. Only a few have decided not to run for reelection after a single term because of the politics.

I have a simple question – how can any politician stomach graft, corruption and grossly padded bank accounts while serving as “public servants” in the halls of congress?

Can any legislator seriously say that they have done all they can do for the good of the constituents who got them elected without doing it for personal gain? For those who have been in office more than 2 terms, what have you accomplished for the nation – National Security; Jobs; Economy?

Or has the sum of your existence in congress defined by your commitment to obstructing a sitting president to satisfy someone else’s ego? – I am the Real Truckmaster!