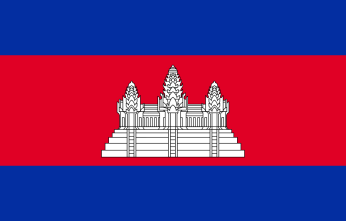 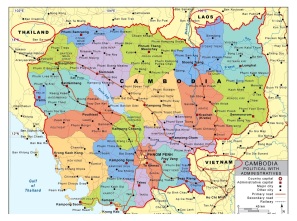 Yesterday I sat down with a neighbor who in 1970 was a 16 year old Cambodian boy joined the army to fight against the North Vietnamese army that had invaded Cambodia he rose to the rank of sergeant and was in some of the fieriest fighting imaginable. He was wounded twice, hospitalized and escaped prior to around 250 hospital patients being executed as they lay in their cots. He battled overwhelming odds against superior numbers and a better equipped enemy without food, supplies, ammunition and lying submerged in rice paddies with no protective cover he continued to fight for his family, his land and his country. His story continues until he escaped Cambodia in 1984, made it into Thailand and pled in writing for asylum to the United States. After being accepted he and his wife made their way to Colorado Springs arriving in 1988.

His story of the atrocities committed against the Cambodian people even to this day by Vietnamese forces that conquered Vietnam and now basically occupy Cambodia and Laos. The people are still poor with many who survived have nothing of their own.  Many of their educated and professionals and military who fought against the Vietnamese were executed, right down to their newborn babies.

It sickens me inside to hear of the atrocities and of the struggle made by him and many others, yet we hear nothing on the news or on TV except that the US is paying for the removal of herbicide remnants from Vietnam, and mines and war explosives from areas in Cambodia and possibly Laos.

I’m sure that many here have been involved in activities “across the fence” helping the people defend themselves against North Vietnamese forces during the war, but into the mid-1980s? It’s appalling what man will do to his fellow man, and without batting an eye.

Here’s a link I found on Cambodia: https://en.wikipedia.org/wiki/Khmer_Rouge_rule_of_Cambodia

It saddens me to know that while we were told the war ended in 1975, for Cambodia it continues even today. – I am the Real Truckmaster.