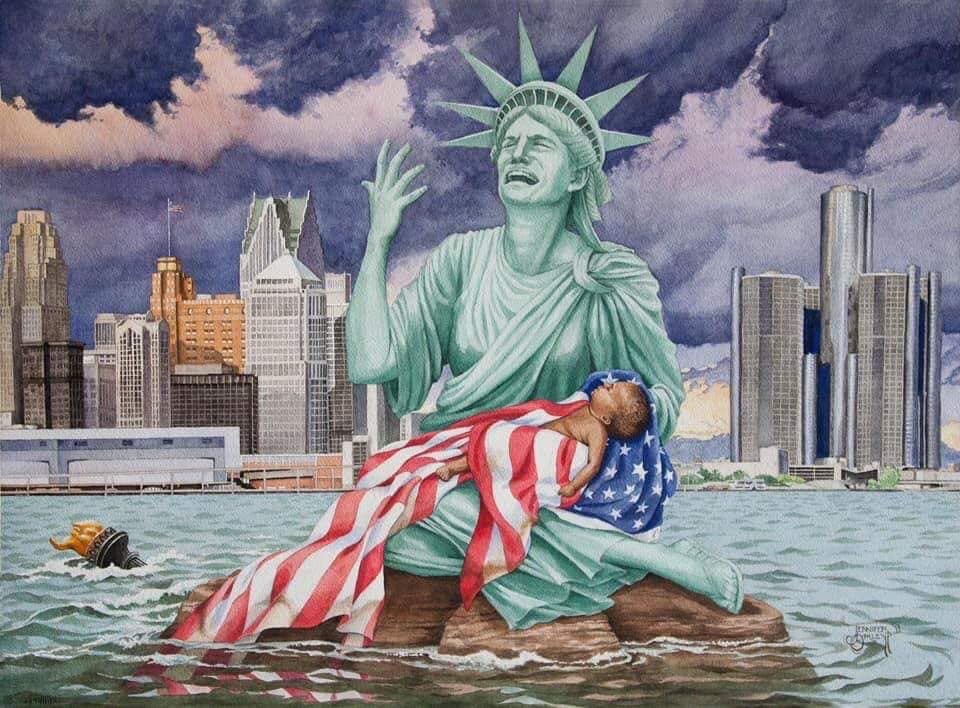 Over the past 3 years of the Trump presidency we’ve been subject to liberalism on steroids.

I look back at former President Barack Obama’s book “The Audacity of Hope” and I find that even the title is presumptuously over the top. So I looked up the word “Audacity” and according to Google there are two meanings:

When I look at Obama’s book I see the second meaning plain and clear. I also see an air of arrogance in the manner in which America suffered during the 8 years of the Obama presidency. Google defines “Arrogance” as the quality of being arrogant – Conceit, pride, self-importance, egotism or modesty. The Obama presidency can be defined by his outright arrogance in thinking only he alone had the ability to bring change to America. Change for the sake of change isn’t always a good thing. Deliberately changing or shaping a nation in your own image is the mark of a dictator. Barack Obama saw himself as the savior not only of America, but of the world.

The presidency of Donald J. Trump changed the way politics was being done in Washington. In fact politics was exposed in a huge way when Trump declared “America First” and said we are a nation that worships God, not government. One could say that those two declarations put Trump in the crosshairs of every leftist radical liberal in the political swamp in Washington DC. I on the other hand see this a bit differently. In reality the political swamp went against what Almighty God set in motion by bringing Donald Trump to be President of the United States.

When Trump said he would drain the swamp he could not envision the pushback he would be up against. It is literally like the entire world centered on Washington irrupted in turmoil as the swamp creatures began coming to the surface in full attack mode. We have seen a huge orchestrated movement involving celebrities and entertainers, television and movie stars along with athletes, sports figures and even singers and song writers all on the same page – declaring their opposition to the presidency of Donald J. Trump.

What is most troubling are the lengths being taken by legislators and political insiders with schemes and allegations designed to end the Trump presidency. We’ve had hirelings and false witnesses coming out of the woodwork alleging misconduct at every level throwing everything except the kitchen sink.

I’ve said this before, but it really isn’t about Donald J. Trump. This entire fiasco is about resistance to Almighty God by people who have tasted power and are hungry for more. Absolute power corrupts absolutely.

There are many who feel they alone are only qualified to be president. They have drunk from the political wineglass and state or local politics tasted so good. They hunger for power and will stop at nothing to achieve it.

God’s plan will not be stopped and it’s not over until HE says so. God took a fighter, a man who had a willing heart and a humble spirit and gave him a mission no other could fill. The unprecedented rapid fire successes in the face of adversity show that God is truly in the outcome.

The impeachment proceedings were crafted over a long period of time by legislators who began as public servants, but have since turned public service into a lifetime career. Clearly this is not what the founding fathers envisioned.

I wonder if the planning was not begun during the George W. Bush presidency, but facilitating it took longer than anticipated. Possibly during the Barack Obama presidency nobody wanted to be one to initiate such a process in Congress?

Impeachment became the talk of the town in Congress with the election of Donald J. Trump and began in earnest when he took office. What is clear to me is the fact that many members of Congress make the case for term limits. The audacity of liberalism means taking total and unconditional control of a people with or without their consent. – I am the Real Truckmaster!

2 thoughts on “Audacity of Liberalism”