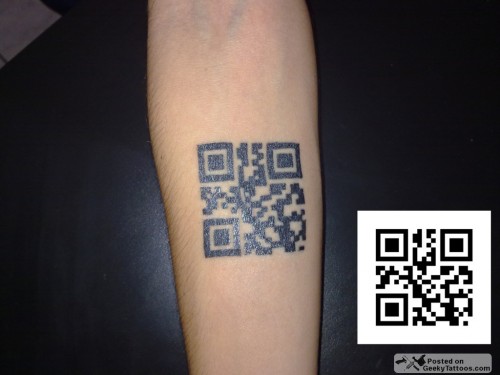 After Coronavirus what comes next?

A couple of days ago while busy on a project I became rather unplugged from the craziness happening in the US and around the world. I turned off local and national news, distanced myself from Facebook and just as I was walking away from Twitter a headline out of South Korea about mandatory QR codes for humans caught my eye if only for a moment, only to resurface in my subconscious thought just this morning.  I did a little scrolling until this similar article out of South Korea.

Immediately I began to think about the book of Revelations and the prophecy of the fate that will befall man in the end times.

If someone came to me and said, “TAKE THE MARK OF THE BEAST” I would expect them to have a flaming hot branding iron with the numbers 666 ready to forcibly imbed it into my flesh. As a Christian (a follower of Jesus Christ) I emphatically tell myself – no way, I will never do that, never!

The bible says it will happen after the second coming of Christ and all who live will be subject to make their own choice. But what if it were presented in a totally different and unsuspected way?

The year 2020 has brought a host of unique challenges to the way we normally live. We were all told to stay home, no jobs, not shopping, no church and oh by the way we have all been declared non-essential. Next we were told we were all going to die from the COVID-19 virus unless we stopped visiting family and friends and stayed within the confines of our homes (Safe-at-home) in “self-isolation”. We were instructed to wear masks and gloves whenever we went outside. We were told to social distance @ 6’ apart. We were told no shopping, no doctors, no dentists, no haircuts, no school and definitely no church.

We soon found out that we could be safe from the virus if we went to the liquor store to buy a case or as much as we want. We could finally go to the store for what we were told was essential, but toilet paper was an impossibility to find. Soon dairy, poultry and meat prices were rising or not available.

We were told it was ok to murder our babies in the womb as abortion clinics never closed. The latest revelation came when it became fashionable to demonstrate, riot, loot and kill in the name of a man we never even met and not only would the virus not attack us, the police would stand idly by and watch.

Yes we never saw any of this coming did we? If someone would have told me last year that I’d not be doing the things I call normal and the things I do would not be called normal – I’d have said, “No way”!

While we’re being told that Bill Gates went from Windows to Vaccines and his organization has been gearing up toward vaccinating 100% of the world population and that will keep us all safe from the COVID-19, something else entirely is creeping up totally undetected.

Let’s go back to the QR Code article in Reuters

“South Korea mandates QR codes to log customers after nightclub coronavirus outbreak”.  According to Daiwoung Kim and Soohyun Mah on June 1, 2020 South Korea is testing a new quick response (QR) code system this week to log visitors at high-risk entertainment facilities, restaurants and churches in a bid to track coronavirus cases and prevent further spread of the disease.

Let that sink in for a moment.

What about all the other places you can go without requiring you to use the quick response code?  Pretty soon instead of carrying your pesky smart phone or tablet what if they made it into a microchip that fits neatly on your hand or forehead?

We already have a chip for our US state department issued passports and when you depart or return to the US it shows up on a massive database tracking system, don’t you think?

Think beyond James Bond as 007. Do you wear your apple watch? Use iheadphones, a home monitoring device or a GPS enabled device for your phone or automobile?

Yes we’ve moved even beyond Jason Borne. – I am the RealTruckmaster!