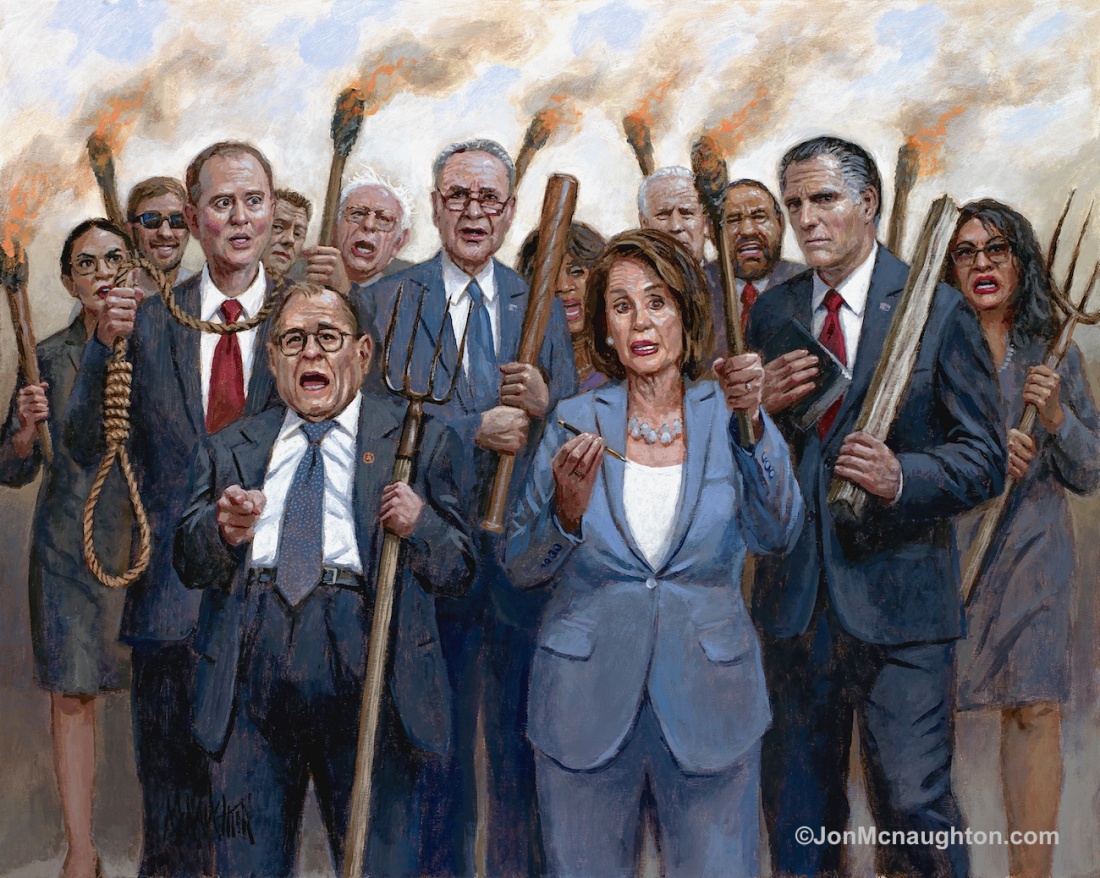 Throughout the history of mankind God has created and man has sought to replace that creation with darkness. Man has even tried to remove God from his sovereign throne and replace him with a genie that man can control and manipulate.

God chose Moses to lead the Israelites through the wilderness for 40 years at to freedom.

God knew the sinful nature of man separated him from his creator, God sent his only begotten son Jesus to live a sinless life, die on the cross for the sins of mankind on a wooden cross then to raise again on the third day to make a way for man to come to God the Father.

Rome conquered the known world, followed by Genghis Kahn, the Vikings and the likes of Stalin, Hitler and many other brutal dictators.

After King George of England sent troops to the new world to collect taxes and demand compliance and subservience to the crown, God sent George Washington to lead the colonies in rebellion and to claim freedom of these United States.

America’s political history is filled with men and women whom God has raised up for a specific purpose at critical times of crisis. Each has been chosen by God, yet none were perfect in their own right.

After the Civil War President Abraham Lincoln did two things to unify the nation after a bloody conflict.

What happened next unthinkable – ……

During the Second World War President Franklin D. Roosevelt crafted the American response to the attack on Pearl Harbor, but did not live to see the end of the war. God sent Harry Truman to bring the war to an end after dropping the Atomic Bomb on two cities in Japan. After the war America chose President Dwight D. Eisenhower based largely on his military record as Commander in Chief Allied Forces, yet God brought forth President John F. Kennedy to handle the Cuban Missile Crisis, the blockade of Berlin and the unrest in Indochina, yet he would not live to carry out his plans.

President Lyndon B. Johnson came to power after the assassination of President Kennedy and began prosecuting the War in Vietnam at a great cost of American lives. It was President Richard Nixon who ended American involvement in Vietnam and it was President Gerald R. Ford who brought the last of our troops’ home. President Ronald Reagan sent a message to Russian President Nikita Khrushchev to bring down the Berlin Wall. George H.W. Bush rose up to stop the aggression of Iraqi’s Saddam Hussain and push him back across the border. George W. Bush was brought in prior to the events of 9/11/2001 and declared what is now the longest conflict for American troops in the War on Terror. Under Barack Obama US forces went after and killed Osama Bin Laden and mishandled the Benghazi debacle leading to the unnecessary loss of American lives.

After Obama’s tenure in government God sent President Donald Trump to do two things that would restore order to our nation.

What is happening now unthinkable – ……An organized, choreographed and carefully planned assault on the United States with the sole intent to discredit and remove the sitting President of the United States by his predecessor. Whether you choose to admit or deny that the sovereign God of creation would choose or allow the world leaders we have seen throughout history is irrelevant.

Throughout history man has sought God to have our own way, as if we know what’s best for ourselves. Then we crawl back to God begging for him to change it. We are at a point in the history of our nation that after 244 years of self-management we have driven this great country into the ground.

Collectively we ask God to intervene, yet when he does it’s on HIS terms, not ours. Almighty God is fully in control. He knows the future and our past as he watches us in the present as God is not constrained by time. When God sent his son Jesus to the earth Satan saw the cross and cried tears of joy because he thought he had won. He did not. Fast forward to 2020 as Trump stands up for Americans his detractors are causing rioting, and looting. The battle we are seeing is a spiritual one as evil battles against the one true God who created everything.   Evil thinks they can overcome by sheer numbers and win. Don’t think because of all the civil unrest in the US and around the world that evil can overpower the armies of God and win. They cannot. At this point it is time for Christians to pray that God’s will be done. Pray for safety and peace over our nation’s leaders. Pray also for those who are attacking that they too might come to the saving knowledge of God for it is God’s will that everyone be with him in heaven.

Do not repay evil with evil. Do not fall prey to slandering and spreading gossip. Speak the Word with authority. Vengeance belongs to the Lord! – I am the Real Truckmaster!