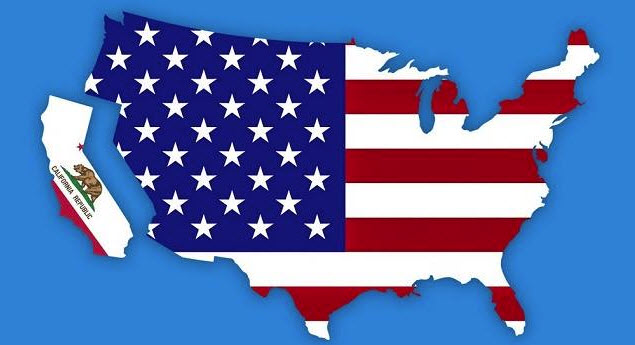 California Gun Control and Other Matters

California leads the nation down the path to insanity.

It has become obvious that the democratic citizens of California need a reality check.

The natural beauty of the state, bordering the Pacific Ocean is no match for the mindless bullying of a democratically controlled state legislature and a democratic governor.

Sanctuary state and city status has not helped the citizens of California, but has openly invited undocumented and illegal aliens, including MS-13 gang members into the state.

The recent legalization of marijuana was looked simply as a way to increase the states bankrupt coffers.

California has recently passed a number of state “laws” which attempt to control corporate savings from federal tax reform and add that to the state treasury.

The sale of Bibles in California is now illegal.

The ownership of assault weapons by private individuals is now illegal and on the verge of mandatory surrender of automatic weapons or face confiscation, fines and prison time for refusal to comply.

A proposal to prohibit the manufacture of these “weapons of war” is being pushed by members of a California democratic legislature who fail to consider that the weapon of choice for gang members and other bad guys has been the AK-47 which is not manufactured or purchased legally in the United States or in California. It would appear that thinking through legislative proposals to logical conclusions has never been considered?

The push for CALEXIT (California succession from the United States) if adopted will leave Californians with absolutely no recourse for regaining common sense in state government, as the sought after “Republic of California” will leave the citizens standing high and dry as a legally high and lawless society.

It is time for conservatives to become politically active in an effort to replace illogical politicians at the ballot boxes across the state, and across the nation. Get away from “party-line thinking”, and look at what is good for America and its citizens.

The one thing that separates the United States from EVERY OTHER COUNTRY in the world is our Constitution that separates the powers of government and protects the rights of our citizens. This document was based upon the principles set forth in the Bible and the notion that all men are created equal by and before God whom we place our trust. – I am the Real Truckmaster!