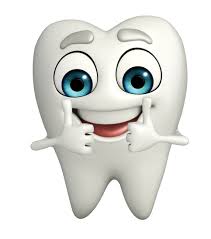 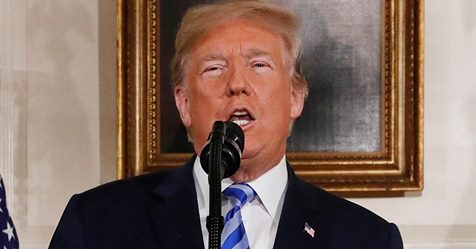 A “Dentist” in the White House

If you’re like me you hate going to the dentist. Maybe it’s because of the pain or that “drilling” sound when he starts getting to work. Sticker shock sets in when you check out at the front desk and are handed the bill. The pleasant thing is now the pain is gone and you hurry to get away. In my opinion President Trump is likened to a dentist. Nobody likes the dentist, but everyone can appreciate and see the results of his work.

Donald Trump is someone you either love or your hate. His personality, his mannerisms and his seemingly blatant self-infatuation turn a lot of people off and that’s OK.  During the campaign Trump made a number of campaign promises. They are like a list hanging on his refrigerator which he has been systematically checking them off:

We like to think that President Trump is dismantling President Obama’s legacy piece by piece, but in reality it is taking bad governmental decisions and replacing them with better business decisions.

Barack Obama was a good and experienced community organizer, and in the Oval Office he continued organizing. In fact he seemed to exploit the constitutional powers of the Executive Office and when Congress did not follow his lead, he would “rule” by Executive Order, stating he had the power of the pen. Many of those decisions were simply bad decisions and were bad for America.

Using what I call “Chicago” politics, America was being changed into a massive welfare state, where the poor and disadvantaged were encouraged to get on welfare, food stamps and given “free stuff” that would satisfy their wants, but keep them dependent on government.

Donald Trump has been a good and highly successful businessman, and in the Oval Office he continues to think thru situations as either good for America or bad for America. He has placed “America First” as his mantra, and his desire is to “Make America Great Again”.

The pushback has been immediate and intensive by the liberal left, and by the media. There has been an extensive miss-information campaign which has focused on past or non-existent deeds while ignoring presidential accomplishments.

Have you noticed that the left focuses on sexual “bomb” announcements as a means of stirring up American voters and attempting to shift the focus away from what is really important to America?

This tact normally works on politicians who are involved in unethical and illegal behavior. They become political fodder and simply fade away.

Since Donald Trump is not your typical politician, nor is he involved in unethical or illegal behavior, he simply “reminds” America almost on a daily basis of what is being done and what should be the proper focus of the national media. Just like with the dentist everyone talks trash about him but rarely gives credit to that wonderful smile he worked to create.

Many think the decisions made by Donald Trump are rash or un-thought out. I say not so. His decision process includes gathering information, talking to those who are subject matter experts, and quite a bit of behind the scenes consideration. But when he announces to the world or to the nation his intentions he has already considered many options and has focused on one specific solution. We’ve seen this on the recent stimulus bill and on the Iran Deal, where he possibly waited until announcing his decision before actually deciding.

What I see in President Donald Trump is someone who is not afraid to make those tough decisions and stands behind that decision. America needs this “dentist” more than they need a political baby kisser who promises the moon in order to get the votes, but fails to deliver! – I am the Real Truckmaster!