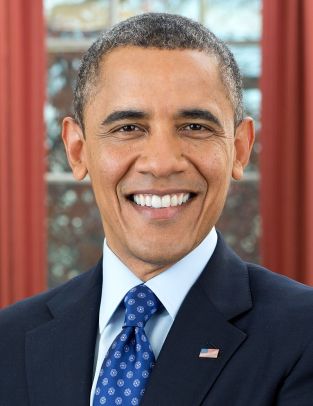 Anyone who’s been the military has heard at least a thousand times, “Lead, Follow or get out of the way” and it means exactly what it says. America has always needed leaders who lead by example. Leaders who say, “Follow Me!” But when it’s time to step aside, how do we?

During my 22 years in the Army I found myself in the unique position of being what they called, “Critical Personnel”, or mission essential. As a leader I was irreplaceable in the eyes of our unit and often it meant coming to work earlier than the troops, working hard to insure they were on task and doing what was needed, even under extreme circumstances, and staying later or in meetings analyzing their performance and preparing to do it all over again the next day.

The Army way of breaking up the “monotony” was to switch up the game with what are called Permanent Change of Station (PCS) orders and sometimes it was every year or two, or in the case of overseas duty normally three years. Every change in duty assignments would take you to becoming the new guy and “learning the ropes” of the new job, the unit mission and getting to know and be known by the troops you were going to lead.

I didn’t claim to be the greatest leader, but I treated my men and women as I wanted to be treated. At times I took risks in favor of the troops, but not at the expense of mission accomplishment. There were times when taking a normal leave of absence was not possible. Furthering my educational goals was difficult at best, because I needed to be on top of the situations daily.

Once a new assignment came up, orders received and it was time to turn the group over to my replacement and I had signed out of the unit, it was as if I was never there. The mission continued and time marched on and they soon forgot that had even I existed.

Every new assignment brought new challenges and new responsibilities, as well as frequent changes for the kids in new schools and new employment opportunities for my wife. It was difficult for our families or personally to make real and lasting friendships because it was on to the next assignment, the next mission and the next set of circumstances. During my active duty I went to many different countries (Thailand, Panama, Germany and Japan) as well as to different units like Transportation, Infantry, Recruiting and Armor in places like Washington, Colorado, Indiana, California, Missouri and Virginia and in most cases taking my family along.

There was never a time where I thought it necessary to go back and tell my replacement or my former leaders what they should do or how they should do it. Leaders lead, then step aside and get out of the way so that others may lead. Any other action is uncalled for, unnecessary and completely selfish.

I say this because what I see and hear on the political scale in America is the complete opposite. Today our politicians want to monopolize their time in the public eye, and often fail to lead by example, but by decree and once they are no longer in office they continue to act as if they are. It is unprofessional to take political pot shots at the one you turned your office over to and it is shameful and brings discredit to you, your name and to your profession.

Everyone who survived the eight years of Barack Obama as President can honestly say, “I Survived Obama”, and things are getting better. So much so that even a blind mouse can sense the presence of a cat. For the Obamas to decline to come out and advocate for national unity (not guaranteed national income for all) and to travel internationally and to join liberal legislative members of Congress in criticizing President Trump is utterly disgraceful.

Especially when the resistance movement began with public riots, there was not a peep or public statement to cease and desist by Barack or Michelle Obama. There were no calls from them to say enough is enough.

Even though in the past Barack Obama has said there is no racial division because we are all simply Americans. It is the same thing Donald Trump has and is saying now that we are Americans and his priority is for all Americans to prosper together.

So I challenge Barack Obama to step aside completely and go stalk your presidential library, maybe start by funding it by yourself and your supporters without the aid of any outside tax dollars. Lead that effort AND begin bringing Americans of all races and nationalities and all political parties together in support of the betterment of America under President Trump because that is what leaders do.

I challenge the media to stop inciting division in America and return to reporting the news as it happens without your editorializing and psyo-analyzing the grammar and/or words of President Trump and do your duty to promoting the positive qualities that are American values.

I challenge Americans to stand up for your rights as guaranteed by the Constitution before they are no more. Citizenship requires responsibility for your actions and accountability for your words and deeds and compassion for your fellow man. United States citizenship makes you neither better nor worse than anyone else regardless of their national citizenship, but it does require bringing common sense to the table. – I am the Real Truckmaster!