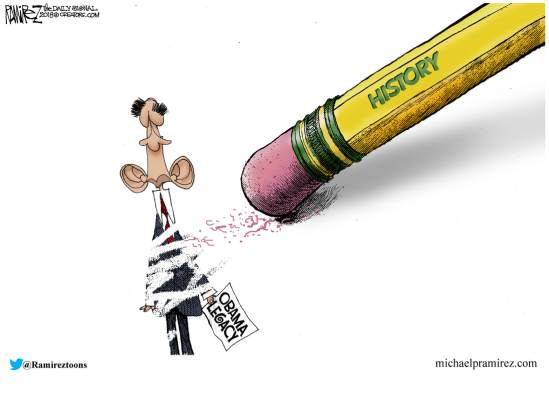 A Box of Sharp Pencils

The 2016 election seems like it happened a long, long time ago. President Trump has come through on so many of his campaign promises that will make American great again, yet Democrats are still wondering what happened? Wouldn’t that make a good title of a book? Maybe even a movie deal?

What I’ve noticed is that every time there is something great happening for Americans, the cleaning lady comes along with a noisy vacuum cleaner causing a distraction.

The election – Protests about invalid election results because Russia didn’t want Hillary Clinton to win so they hacked the election giving Trump the advantage, when the real reason was Donald Trump’s opponent.

The inauguration – Protests over the leaked Bush tape on the bus. Democratic legislators boycotted the inauguration as a protest statement against President Trump. All it did was show their true colors and brought their obvious racism to the forefront of American consciousness.

Presidential appointments – Democratic legislators began resisting and feet dragging in order to make the Trump presidency ineffective and cripple America and it continues some 19 months later.

President Trump has accomplished many firsts during his presidency doing what no other president dared to do before him. His first overseas trip wasn’t to Mexico or Canada, it was to Saudi Arabia, to Israel and to the Vatican.

President Trump was greeted by the King in Saudi Arabia; met with the Prime Minister in Israel, spoke to the leader of Palestine about peace in the region without state sponsored terrorism; met with the Pope. In each meeting there was proper protocol conducted without compromising American values or America’s stance on world affairs. (There was no bowing!)

Without going into great detail President Trump’s accomplishments have been many, more so than his detractors are willing to admit. Rather than acknowledging the successes, they are willing to simply pick apart his words as a means of embarrassment, only to be embarrassed by their own words.

What other American president has met with the leader of the Democratic People’s Republic of Korea (DPRK) in a face-to-face meeting on neutral ground and walked away with a signed agreement to totally denuclearize their nation, release American citizens illegally held hostage, and also agree to release the remains of US personnel killed during the Korean War over 60 years ago? There have been none!

How many American Presidents and politicians have sucked up to Russian Federation President Vladimir Putin with ulterior motives, but berate President Trump for meeting face-to-face with Putin behind closed doors where their meeting was conducted privately?

In light of the private meetings President Trump has held that have been leaked by Democrat’s who were privy to those meetings, and DECIDED to tell all so the president would be embarrassed. Have they no honor? Did they not learn that trust broken cannot easily be regained?

President Trump has taken steps to return America to its rightful place in the international community, as well as public trust through lowered taxes, reducing the welfare rolls and making more jobs available and employers more able to operate efficiently inside the United States.

Border security has always been a top priority for President Trump and building “the wall” is one area where legislators have given the biggest fight. If immigration concerns were truly the concerns of Congress why has the legislative body not fixed it? Are they not the part of our government charged by the Constitution to create laws?

America was created with a Constitution based on biblical values to love God, honor others and work hard to be the best you can, do the most good for fellow man and protect each other. Everyone deserves the right to live the American dream and without fear.

Americans are suffering in places like California, Chicago, Baltimore, St Louis and are being ignored by their Democratic leadership.

There have been many scandals over the years some are sexual in nature, while others are money related. Whether local, state or national it appears that when Democratic politicians are in charge they are more likely to become filthy rich in the process while they leave America behind in shambles.

America has become this huge box of pencils and it would appear that on the Democratic side at least they’re leadership have not been the sharpest pencils in the box. It is time that American’s stop being Democrat, Republican or whatever and get back to being Americans, united not in common core, but in common sense. We are better than that and our children and grandchildren deserve better.

The greatest and more importantly the single most accomplishment President Trump is doing is breaking down political correctness in America. – I am the Real Truckmaster!