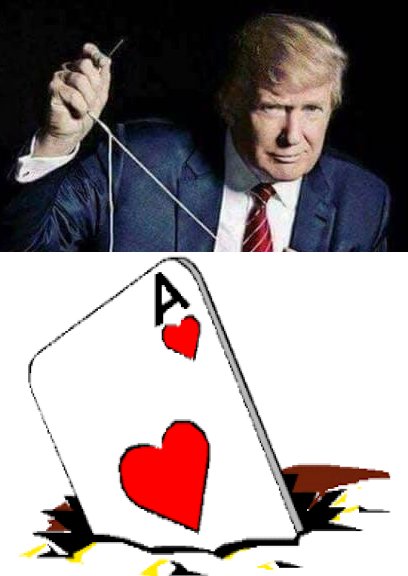 There is no middle ground it’s either progress or regress in American politics. Leaders on both sides claim theirs is the only way. What we are seeing economically is that one political party fosters progress, while the other chaos. We are in the mid-term elections for the “Soul of America” and the souls of Americans would be more to the point.

Is it me or has anyone else noticed that in the wake of a major decision where voters should take notice there is some sort of major crisis popping up in the media. Election or nomination – sexual allegations; massive illegal immigration; the wall; racial stereotyping; class division; marching; rioting; violence; and threats – All that units mobs while separating citizens into groups warring against common sense.

If you look behind the scenes you would see big money and power brokers spewing out cash like crazy in an attempt to insure the chaos continues and the masses (that’s us) are unable to tell the difference in what’s going on or who is responsible.

The advertisements on TV, radio and the internet lead us to believe that WE are to blame for all the ills that befall humankind. There is global warming (biggest scam since big Al invented the internet).

Soon we will be watching reruns of the family separations by the Trump administration that is tearing apart families who illegally enter the United States.

If you think that’s bad just take your family vacation with friends in Mexico where you can enjoy fun in the sun. Then just for kicks, leave all your passports, identification and documentation of citizenship at the hotel, then head over to the US border. Get in line and tell the border patrol agent that you are claiming refugee status and have no documentation, throw in that you speak no English too). That should get you to the front of the line. Tell them that these are ALL your family too (make it interesting).

I challenge you to see how long you can endure the mistreatment at the border before you pull the Ace card and scream I’M AN AMERICAN CITIZEN! Tell them you left your passports back at the hotel, maybe they will let you go pick them up?

I travel a lot and I know the hassle we get when we don’t have the proper documentation. In fact you can’t get on an international flight without a passport and picture ID (state or federal). When you return from your trip overseas you have to fill out a customs declaration (many airports use automated customs kiosks where you scan your passport and fill out the form online or using an app on your smartphone and you still need a passport and 2 forms of picture ID (state or federal). If you bring fruit, say an apple from the airline meal the fine can be in excess of $200. So what is the penalty or fine for no documentation?

Let’s get back to the upcoming elections. The right to vote requires one to be a US citizen, one way to prove that is with picture ID (state or federal) and being registered to vote in the election. There is no clearer guidance than that. Anyone who falsifies documentation or is unauthorized and votes violates federal voting laws (state and federal). There are no provisions for illegal immigrants or non-US citizens to be able to vote – None. What we are seeing online or hearing about through various political ads are that certain politicians are actively soliciting or promoting illegal voting. In fact there is a movement among the Democrat Party where illegal or unlawful immigrants are being protected and given financial and medical aid or services not available to needy or homeless US citizens. The so called “Sanctuary” status of certain cities or states by elected officials is not only unconstitutional, but unlawful. When a mayor or county official or governor makes that commitment or proclamation they have become violators of the law or when a legislator (state or federal) acts in violation of the law they too must be held accountable.

There are politicians who make a mockery of our nation, our laws and of the Constitution which our rule of law is based.  We have been conditioned over several generations to accept this mockery as truth and have allowed the re-writing of history to make true history irrelevant. These politicians are the organizers of chaos and compromise a major part of the swamp in Washington.

The vast majority of Americans have resembled the sleeping giant, who is awakening to the truth of political correctness. It has taken a president (Donald Trump) to take political correctness head on and break through the PC fog and return common sense to American politics and to the United States.

A nation without laws or borders is not a nation for very long. Citizenship without voting is of no real value. A person who is not grounded in the truth will fall for any little lie. Voting is essential if one expects to hold politicians accountable.

If you love this country you must vote. If you don’t vote you cannot complain about the politics of this country. Voting Democrat is voting for regression into the era of segregation. Voting Republican is voting for progress and economic and national security. If your elected official has not represented you or your values, voting is the way to make a significant change.

Get out and Vote! – I am the Real Truckmaster!