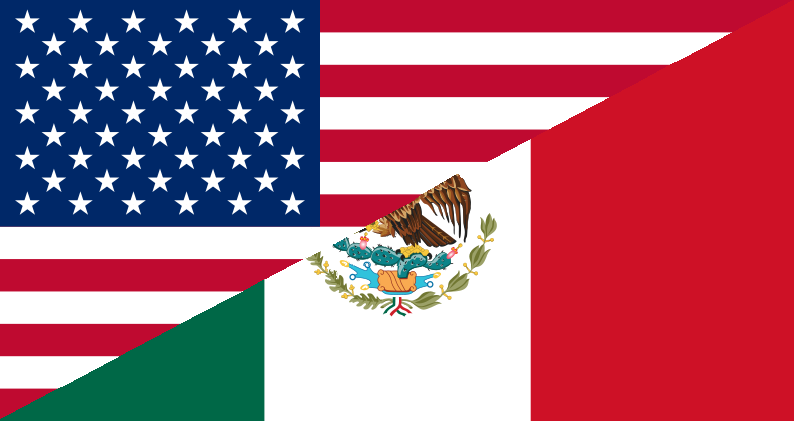 A Case for Annexation

Current events want us to believe that Mexican citizens are flocking north of the border in order to earn enough money to feed their families. It’s a common practice for migrants to send a large portion of their earnings via Western Union or chain stores like Walmart.

If you want to know the truth, family plays a more important role in people’s lives than the emphasis on family placed by Americans. Our families have become so dysfunctional that children cannot wait to turn 18 or finish high school so they can get out of the house. That’s one reason we have 12-14 year olds running away from home. The children who do stay home are the ones whose parents send them off to college to get an “education”. The parents pay the tuition, foot the bills and their children are indeed educated with dorms, fraternities, and spring break parties. Teachers and “professors” indoctrinate their students in some of the most diverse, profound and un-godly, un-American and anti-government behavior imaginable.

It’s a wonder why people from other cultures even want to come here at all. They say they dream of living the American Dream and providing a better future for their family, but the immigration process seems to be broken. It takes a lot of time and money for a normal application to become approved and many do not have either.

Since Trump became President he has asked, urged, and pleaded with Congress to fix immigration. They have failed to act, only act up in defiance while resisting all things Trump. That is unacceptable, for the President and for the American citizens who have sent to Congress those who promised to make things right.

So I have a solution to this immigration problem, which is really just an issue that can be solved quite simply by annexation. “Remember the Alamo” was the cry when northern Mexico was taken over by foreigners and resulted in the creation of many of the mid-western and south-western states: California, Arizona, Nevada, Texas, New Mexico, Kansas and other land suitable to become part of the United States of America.

I know you’re saying, “We can’t do that!” But why not, Mexicans want the American Dream, but why disrupt their entire lives and travel over dusty trails, then sneak across the border to work as farmhands and domestic help? Why not stay home and work for more money, doing the same jobs, but under a much better form of government?

I say annex Mexico and call it “Old Mexico” making it our 51st state. That way the people could vote for a governor and lieutenant governor, representatives and senators, LEGALLY, just like we do today. The Mexican army would then become the Old Mexico National Guard and along with state and local police would be incorporated into our Department of Homeland Security. The war on drugs against the cartel would take on new meaning and actually become more effective. And to think a wall has already been built along the Mexico Southern border.

It’s not even that much of a stretch. Until a few years ago the official name was “The United States of Mexico” and during the Obama years they changed their name. And just think all Mexican citizens would be grandfathered into United States citizenship and gain the honor of paying into social security and paying taxes, just like we do. – I am the Real Truckmaster!