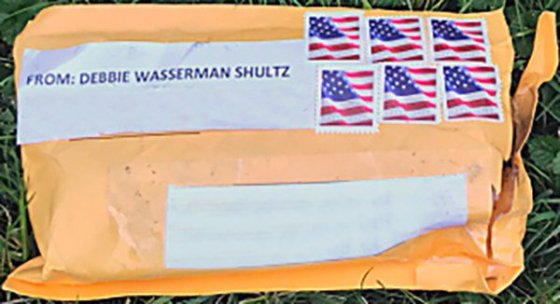 The Fake Bomb Scare and the Invasion

Don’t you get tired of all the dastardly and dirty tricks played by folks who just don’t know how to lose an election? We’ve gone from simply name calling “Basket of Deplorables” and “Snowflakes” to actual personal and public assaults of American citizens and prominent politicians at their homes, in restaurants and even in the halls of Congress.

There are the alleged sexual allegations that popped up during the campaign; presidential nominations and backing for office; open calls for the death of a sitting president (a federal offense in itself) as well as these massive migrations demanding admittance into the USA because they are afraid (that’s what they’ve been coached to say).

The current waves of Central and South American migrants are aimed at the US Southern border like a heat seeking missiles. There are flag waving, flag burning and chanting obscenities at the US by people who actually think that is the way to be admitted. Go figure!

The second wave formed in Honduras and Guatemala are following the same path as the one that is somewhere in the middle of Mexico set to show up at the San Diego border crossing on November 6th. Maybe the second wave will show up on November 7th so reinforce the first wave.

Now we’re to believe that a series of homemade pipe bombs “mailed” to Democrat politicians, including a former president and a former first lady with evidence points to the return address of former DNC Chair Debbie Wasserman-Schultz in Florida, yet the packages were delivered to CNN in New York City, with plenty of postage, but no USPS postal stamp, highly suspicious?

And there are those who blame it on President Trump to drum up GOP voters. Give me a break. Have you seen the number of attendees at the various political campaign events where Trump speaks? They are overflowing, with many venues sold out well in advance. Why would someone think that fake packages would motivate conservative voters?

On the other hand events held by prominent Democrat politicians, such as former President Obama are barely drawing enough people to crowd around the podium. Downwards from 2,000 to 40+ attendees at the recent Obama rally in Nevada. It’d say that possible attention is needed to boost up the Democrat voters and a bomb scare would certainly do it. Target the focus of Republican banter such as Obama, Clinton, Brennan, and others. I don’t know about you, but I would consider them each expendable and a detriment to the Democrat Party in general.

I’ve watched enough CSI and NCIS programs where the packaging containing verifiable fingerprints would be processed with results in a couple of hours; DNA samples would be collected and processed, revealing the profile and eating habits of the perpetrator; examination of the pipe bombs would reveal the modus operandi of the bomb maker and what materials were used, where they were purchased and who supplied the delivery vehicle, even identifying through video footage the height, weight, sex and whether or not the person was left handed. All of this could be done before a 60 minute episode is over.

All that is happening is to shift the focus from the massive hoard of aliens headed toward the US Southern border. With 2 weeks left before the polls close I’m sure we’ll see some outlandish stunts coming from out of nowhere to keep American voters glued to the TV and away from the polls.

In the meantime President Trump has declared a State of Emergency, activated and mobilized 7,000+ National Guard and Federal troops who will form a green wall in support of Border Patrol and ICE agents to stop this invasion in its tracks, should the Mexican government fail to take proper steps.

The next phase will be for military assets to delve into the construction of the US Southern Border Wall and will not cease until a solid wall exists from Texas to California. I’m sure that the Coast Guard along with maritime assets will begin patrolling the waters in the Gulf of Mexico and along the California coastline detaining all who choose to try water as a means of entry.

Contrary to what you may believe this is not fearmongering as some on the left would have you believe. This is what transparency in government is all about. Obama promised it, but did everything behind a curtain of secrecy. President Trump has been very open in fulfilling his campaign promises to make America safe and to close our borders to unauthorized immigration.