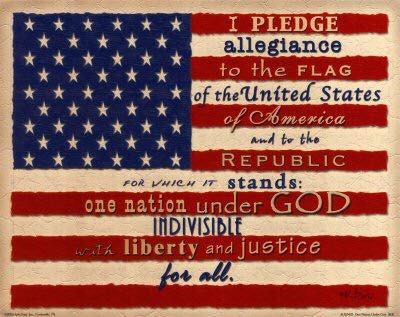 On Monday October 22, 2018 President Trump declared, “I am a nationalist” at a Cruz rally in Texas. Immediately critics took up the cry of racism and worse by misstating the Trump’s own words and declaring that he supports White Nationalists.

I guess it’s natural to jump to conclusions if you follow the statement above by Alexander Hamilton and especially if you don’t know the difference between nationalists and white nationalists. So let me break it down to something you can understand.

A Nationalist is someone who is devoted to nationalism and advocates a strong national government.

It’s easy to tell a nationalist by the displaying of the Stars and Stripes and by the way he honors the United States and is willing to lay down his life to protect and defend the Constitution of the United States against ALL enemies both foreign and domestic. Their trade mark is patriotism.

A White Nationalist is someone who advocates for enforced racial segregation and taking control of government and opposed to Israel.

On the other hand it’s quite easy to tell a white nationalist by the displaying racist and/or Neo-Nazi banners, swastikas, and banners which are filled with hateful rhetoric referring to others as inferiors and are totally opposed to anyone of color or ethnic diversity. They are opposed to Israel and are very quick to escalate into physical violence with law enforcement or other groups. Their trade mark is hate. A recent FBI report suggests that White Nationalists are a larger threat in the US than ISIS.

So the false reporting or misprinting or misrepresentation of the truth saying that President Trump is a Nationalist who supports white nationalists  is completely wrong and a perfect example of fake news.

I challenge anyone to show me where Donald Trump has incited violence during his campaign rallies or his presidency. Show me where he’s stood in front of television cameras, hate filled crowds or presidential press conferences and urged conservatives, Republicans, liberals or Democrats to viciously harass or attack anyone of any political party? Show me his opposition to Israel, the Jewish people or to American citizens. Show me where President Trump has clearly sided against the United States or American people when it comes to national security, national defense or foreign policy?

Nationalists are in fact patriots coming from all walks of life (Veterans and non-Veterans alike) and from every state or US territory who respect and uphold the Rule of Law.

I am a US military Veteran, I love God, my family and the United States of America and YES I AM A NATIONALIST! – I am the Real Truckmaster!