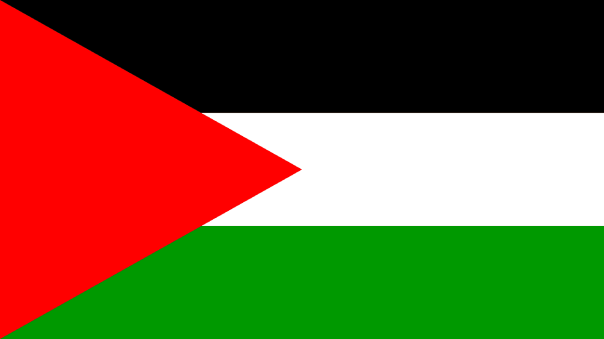 White Nationalist in the Military and Palestinian in Congress

Today’s article in Military.Com is about the investigation of a USAF Master Sergeant’s ties to a White Nationalist Organization. According to the info presented this sergeant and others were photographed identify with a White Nationalist group called Evropa. The military deals with matters such as this according to the Uniform Code of Military Justice (UCMJ) and the offender can be removed from military service.

Earlier in the week newly elected US Representative Rashida Tliab (D-MI) one of the first two Muslim-American women elected to Congress was photographed with an accompanying statement that she was “more Palestinian in Congress”. Since Palestine is not even a country, it’s more akin to ISIS or Al-Qaida as it occupies the West Bank of Israel. How does Congress handle members who go off the rails, particularly when facing calls of racism or worse for calling out the inappropriate and anti-American behavior of its members – Impeachment; censure; or removal from office?

Both are representative of social cancers in today’s society, but which is the larger cancer, White Nationalism in the military or Terrorism represented in Congress? Let me take a guess……. I’d say they both present dangers to the American way of life.

These are by far not the only dangers facing our nation and our society today. There are factions who are complacent with what’s going on and they simply stick their proverbial heads in the sand and wait for it to just blow over. Others actively seek to discredit the government, the citizens who don’t agree with their views and use mass misinformation, threats and intimidation.

Yet there are still those who see the Constitution as the Rule of Law that applies to all Americans and provides for the civil rights of every citizen regardless of race, religion, creed or national origin. Congress has decreed that sexual orientation is also protected by law.

There are proponents attempting to validate the notion that there are simply not 2 genders (male and female), but rather as many as 15 differing genders that must be accepted as normal. The Bible warns us that there will be those who cater to their own whims and believe whatever they can think up or speak as truth. The danger is allowing their nonsense to change or take away from what the Word of God says. In the book of Genesis we are clearly told that God created them male and female. That is truth and no amount of rationalizing will change that.

We are told that we are to be tolerant of other religions, while the Word of God tells us that we are to have no other gods before our God. Just as there can be either light or darkness, there is no room for compromise. God is a jealous God and it is in our best interests to obey HIS commandments and follow the teachings of his son Jesus so that we may live in peace with our neighbors and our days will be long.

We are going through a phase where entire generations have been fed the false lies and twisted truths that tear down, rather than build up. Our nation is at a moral crisis and it will be the power of the living God that endures through it all. As we approach this Resurrection Sunday we must reflect on what is really important, to follow the ways of the world, or the ways of God. One leads to an eternal death and the other to eternal life. God loves you unconditionally just as you are. Will you call upon the name of the Lord (Jesus) and accept his love and mercy or will you reject him, your choice? – I am the Real Truckmaster!