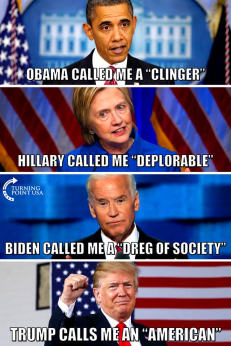 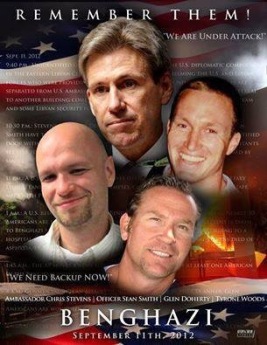 It’s not only about the Emails

It isn’t about Hillary Clinton’s emails. It is about her ACTIONS and INACTION during crisis. It is about unlimited power; wrongdoing with impunity with real lives on the line; and trading up with intent to profit or gain personally. I watched a clip from one of the MSM morning talk shows where the anchor said “they’re still talking about Hillary’s emails”. It is obvious to me that the liberals on the left still just don’t get it.

Hillary Clinton lost her bid for the presidency to Barack Obama in 2008 when he stole the DNC nomination right out from under her and she didn’t even see it coming. Her consolation prize was becoming Obama’s Secretary of State. Even the TV show “Madam Secretary” paid tribute to her. However he show did not capture the real intrigue or intent of the real madam secretary.

Anyone involved in government (including Hillary) knows fully well the requirements of cyber security and the use of secure phones, computers and various communications in order to keep official correspondence and/or transmissions behind the veil of military grade security. One cannot even plug in a flash drive or portable drive without violating security protocol and having it detected almost immediately by official cyber security experts.

What has been coming out recently was more than the mere 34,000 emails Hillary had deleted, the official phones she had destroyed or the computer hard drives she had forensically cleansed. Destruction of government property is in itself a serious offense in itself. What occurred during her “watch” as SOS were the official communications she maintained with her boss President Obama using unofficial communications computers and possible unsecure mobile phones. This is a huge breech of protocol with violations from the Executive Branch and top administration officials. Did it only involve Hillary Clinton’s State Department? Were there other officials? It has yet to surface or come out. The national security of our nation was seriously compromised at the highest levels.

Many of the administration officials and high level officials were catering to President Obama, who was acting more like a famous movie star than the chief Executive Officer of the United States. So brazen were these acts that once the now ongoing investigations reach into the deep state it will become clear the extent of the compromise.

There are pictures of the Obama Situation Room where Obama Bin Laden was taken out while various cabinet and national security officials watched breathlessly on live video feed at the White House.

Yet when the Benghazi fiasco occurred there are no such pictures. It has been reported that the special USMC rapid response team was dispatched to the wrong city in Libya, while other reports indicate that military commanders were relieved for attempting to render aid and assistance to Ambassador Stevens and the US Embassy staff and security personnel in Benghazi. So much so that four lives were lost and many wounded Americans were evacuated after the US Annex had been thoroughly compromised and rendered utterly destroyed. This was a direct failure of SOS Hillary Clinton. US Ambassador Stevens was assigned by President Obama yet requests for assistance went on deaf ears in the White House and in the State Department.

Another failure of Hillary Clinton’s State Department was the selling of Uranium from the US to Russia under the knowledge and direction of President Obama with financial gain coming back to the Clinton Foundation. The Obama – Clinton team was akin to a pee wee league ball team, where nobody knew what to do or how to conduct international affairs in the interests of the United States.

This is so much more than a bunch of emails getting “lost”. Anyone using the internet for any length of time knows that nothing gets lost, ever! Emails travel through a host of servers around the globe and most are backed up continually by the hour, day, week and month. It is quite possible that Russian servers are “in the loop” of backing up sensitive information that is not protected in accordance with official protocol.

Hillary called Trump Supporters “A Basket of Deplorables”, yet her actions as SOS was totally deplorable, illegal and against national security. Obama called Trump Supporters people clinging to God and Guns, which in many cases is true. It is relying on God to reveal the deceitful dealings of Obama and Americans maintaining their right to keep and bear arms that insures a rogue or unresponsive government does not infringe upon the civil liberties enshrined in the US Constitution.

Hillary studied the grandfather of civil discourse “Saul Alinsky” while Obama put his principles into action with his community organizing skills. Neither of them seemed to take away from law school the importance of the US Constitution.

This is about the deep state actors within various government agencies, to include the Congress of the United States who considered themselves superior to ordinary American citizens. It is about draining the swamp and breaking up business as usual in Washington DC.

More importantly it is about what God is doing in the midst of this seeming chaos. He has once again taken the most unlikely to do the most important according to his will and it will be done on earth as it is in Heaven. – I am the Real Truckmaster!