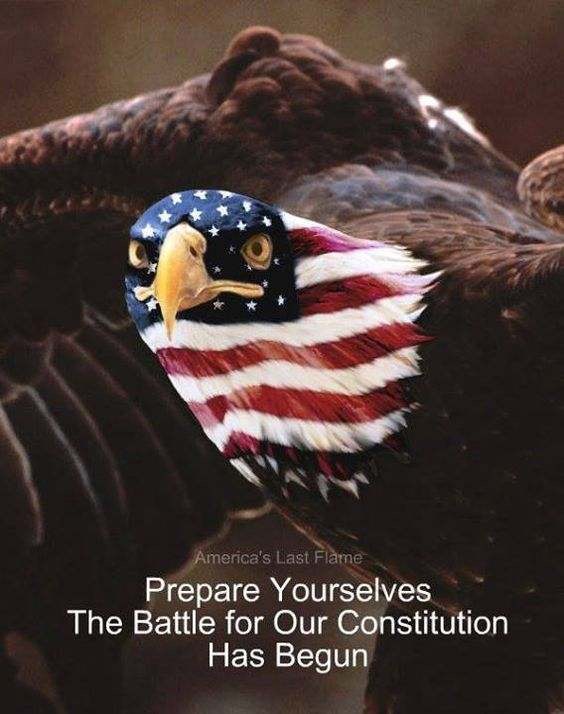 What Boils Your Blood?

Do you consider yourself to be a level headed born and bred American? Do you have a strong sense of right and wrong? Are there things that are just not done that way? What does it take to get you fighting mad? What’s important to you – God; Family; Country; Honor; Respect; or fair play?

As a retired military man I can tell you there are usually 3 ways to do just about anything.

As a supervisor, platoon sergeant or project manager there is nothing more frustrating than having someone trying to wing it and everything just falls apart.

It’s no different in the private sector. The company has a set way of operating and it is usually not a good idea to ignore them. You can do things the company way and discover a more efficient or productive way to get the job done to save time, money or man hours. But you don’t just get to change things on your own or you’ll soon find yourself on the outside looking in.

There seems to be quite a different approach when it comes to politics. It’s not as much as making things better, safer or efficient. It’s not even about saving money, after all it’s not like it’s their money now is it? Politics seems to be about creating regulations that make it harder for the working class to get things done and make a profit as much as it is about lining ones pockets or padding ones bank account.

There are 435 members of the US House of Representatives and 100 members of the US Senate. Granted we have changed out a number of those members during the recent election cycle, but one has only to ask how does a member of Congress become a millionaire or billionaire on a salary of roughly $174,000 per year over a period of 8 years in office?

It is even more interesting to discover how many days per year they are actually in the Chambers of Congress, doing what they were sent there to do? Did you know that originally Members of Congress were paid a per diem rate instead of a salary? If they didn’t work, they didn’t get paid. Maybe Congress should go back to per diem?

There are a number of issues that Congress should be dealing with today, like getting everybody working and off of public assistance; making it cost effective for folks crossing over the border illegally; national security; cybersecurity; tariffs and a host of other problems like souring crime across the nation; homelessness and lawlessness running amuck.

There are rogue gangs and entities making it their job to enforce their values on American citizens in various cities and doing so with impunity. The basic Rule of Law prohibits killing, robbing, assaulting and causing chaos (for starters). US Law Enforcement agencies are mandated to enforce the laws and are being unlawfully ordered to stand down or told not to cooperate with federal agencies and this is wrong. We see reporters falsely reporting manufactured news, while others become the news because they are reporting what is happening.

There are organized groups, organizations and possibly foreign nations financing and enabling the assault on our southern border using every means at their disposal while attacking the very sovereignty of our nation.

Our nation’s public schools are a mess leaving our students not even able to function when they reach adulthood. Institutions of higher learning are nothing more than brainwashing facilities where degrees are meaningless and graduates encounter the heavy burden of repayment, yet are unable to find employment in their chosen fields of study.

That being said what are members of Congress really concerned with? What do they put all their energy into? What is their focus? – Stopping Trump!

The time is rapidly approaching where men and women will stand firm against evil, but it cannot be done on their own, without Almighty God. He alone is the answer.

So back to my original question, what makes you fighting mad? What will it take before you stop standing in the shadows and move forward, arm-in-arm as one entity standing tall for Freedom, Democracy and for the very soul of America? – I am the Real Truckmaster!