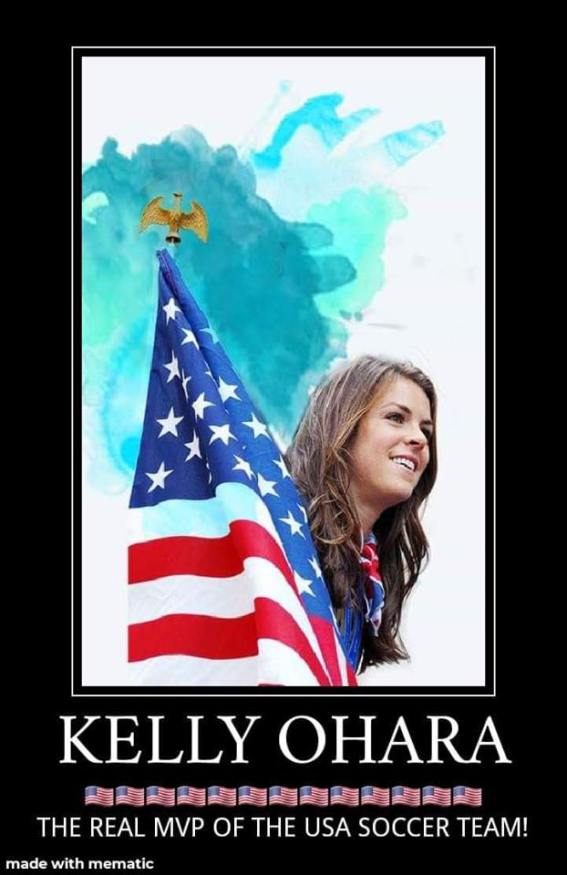 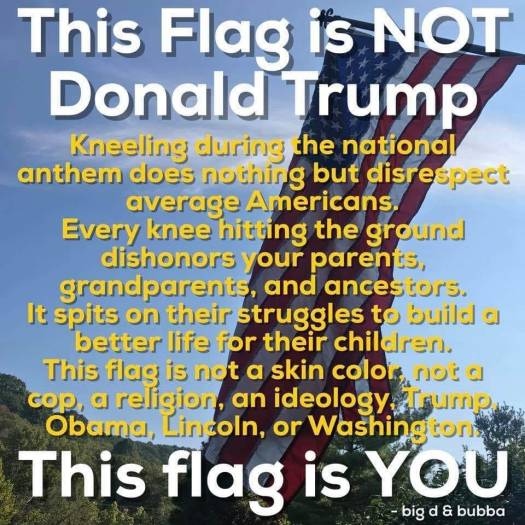 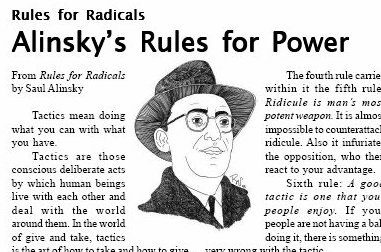 Smoke and Mirrors is what President George H. W. Bush called it during the Operation Iraqi Freedom. It was making much ado out of nothing, and hitting the enemy where it hurt. It served its purpose quite well I might add but it’s really nothing new and Saul Alinsky laid claim to it in his Rules for Radicals doctrine which Hillary Clinton admired and along with Barack Obama they both used and still use today.

One of the principles is to identify your target (enemy). Since you can’t go after an abstract idea, you can personify that idea with a person. In this case you personify the National Anthem, the US Flag and the US Constitution with a single person – Donald J. Trump, President of the United States of America.

Yes every ill that can be thought up can be attributed or blamed on Trump. It has worked before and brought down powerful men and women by sheer force. Politicians have a tendency to crumble and fall when placed in the spotlight. First they spend most of their time denying the accusations (which many times are totally false or fabricated), and their supporters come out of the woodwork in defense. Each of them becomes fresh targets of opportunity in the game of slugfest where the only one standing is the winner.

Alinsky said it was ok to use their own words and beliefs against them. He said like Christians defending the bible, they can’t because they don’t live up to it. He said to make noise, get things out there publicly and if needed make stuff up. The end justifies the means sort of thing.

Look at what has happened in almost all of Trumps appointments. They have been ridiculed, attacked and in some cases have been withdrawn. Others who are approved are still ridiculed and attacked while in office, causing some of these to resign. The ones who are summarily passed seem to have something akin to blackmail hanging over them and are not even challenged. Interesting don’t you think?

Personal attacks on the Trump family and name have been ferocious and non-stop since the announcement in Trump Tower back in 2015. Anyone else would have crumbled under them, yet Donald J. Trump is not anyone else now is he? He is a junkyard dog in a fight. He’s a man who loves to scrap and is famous for using publicity (good or bad) to his advantage, to keep it in the public arena. He is not one to give up in defeat. In fact defeat is when one simply stops fighting and it is not his nature.

The funny thing about this is those who attack him are the same ones who befriended him for his celebrity status and his fortune. His campaign donations were important to them. They were using him, right? Maybe he was just using them? No matter, one of Trump strategies is to know your enemy. He knows their strengths and their weaknesses and when to apply pressure or withhold it. He knows when to delay just long enough that they mistakenly thing they have the upper hand. By now everybody knows that “love trumps hate” and even I know that you can’t “out trump – Trump”.  But more importantly one cannot afford to forget the “God” factor in this equation.

President Donald Trump is a man on a mission to restore America to its rightful greatness once again. His ambitions are not those of a man seeking to increase his self-worth (bank accounts) but to bring the nation back into prosperity. It is to give people hope for a better future for their families. It is to give hope to those desiring to come to America. It is to bring back justice under the Rule of law in accordance with the Constitution of the United States of America.

You don’t have to love him, in fact you don’t even have to LIKE him and many choose to hate him, but regardless his goal is for you to prosper at home and in the workplace. More jobs, lower taxes and a stronger sense of self-worth are a portion of what Trump brings to the table. Securing our nation’s borders and preventing lawbreakers entering our nation is paramount to what makes this country great is one of his most pressing issues. Getting other countries to stop using the USA as their own personal ATM is another of his priorities. The biggest hurdle is for American citizens to be proud once again of our nation and what it stands for – Freedom and Liberty in a world of political correctness and fear.

For anyone to simply ignore those and vote for higher taxes, more free stuff (nothing is free) and for someone who has trouble balancing their checkbook is preposterous. Politicians promise the moon and back to get your vote. Donald Trump is results oriented. One needs only to look around at the economy and the past two and a half years of the Trump administration’s policies to see results. I have been called many things and I make no apologies for being a Trump apologist. = I am the Real Truckmaster!