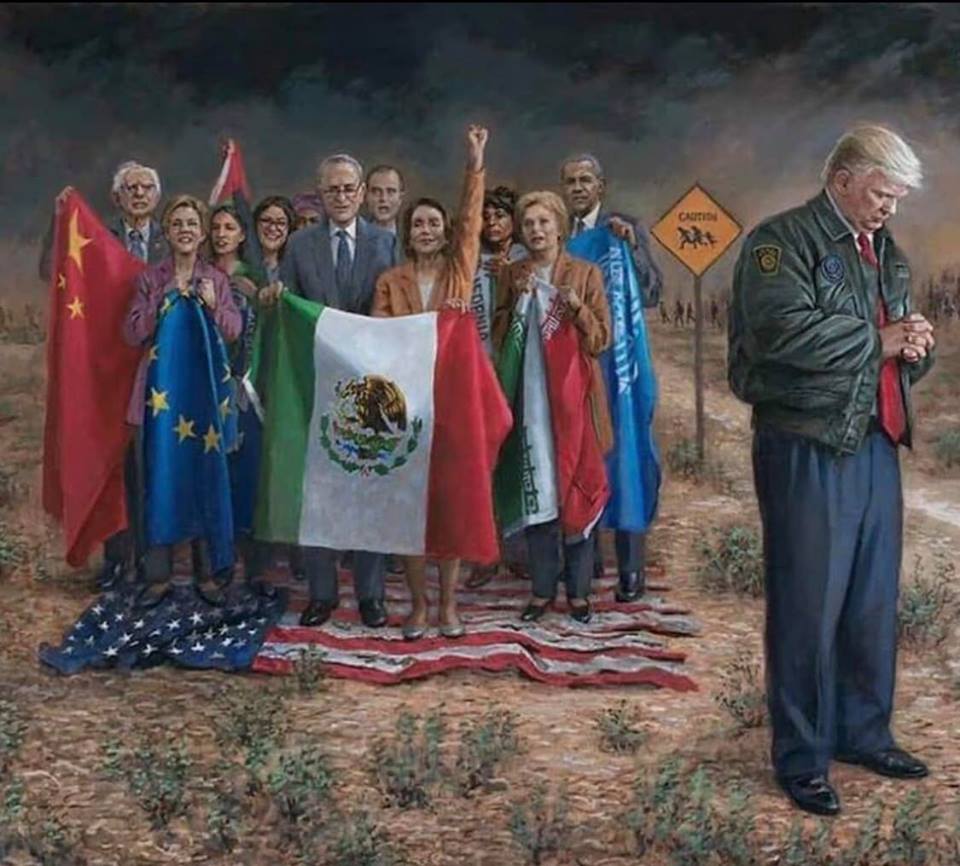 Last year (4-30-2019) I wrote this article concerning Immigration and Immigration laws in the United States. There are individuals and politicians actively aiding illegal immigrants prior to, during crossings and after slipping into the country providing false or incorrect information or without documentation. Not only are the illegal immigrants breaking the law, but those who aid and assist them in breaking the law are also law breakers.

In rare cases US Congressional Legislators have participated in this illegal process. A number of pregnant women have illegally entered the US in order to give birth so that the child is born a US citizen and the mother and child can remain in the US. Some individuals have made it into the border stations so they can plead for asylum, without providing any proof they’re life is in danger in their home country. This violation of the immigration process has overtaxed the resources at US border crossings and until recently have led to catch and release into the US never to be seen or tracked again.

Congress is congressionally mandated to create laws. Congress alone has the power to change laws. Once a bill has been passed the President must either sign it into law or veto the bill by sending it back to Congress. I cases where Congress chooses not to fix known errors in immigration laws the President can issue an Executive Order as a more temporary fix.

Former President Obama became frustrated with Congress and issued an Executive Order called Delayed Action on Childhood Arrivals (DACA). This was an unconstitutional action on the part of the President, yet Congress did not resist or even object at the time.

President Trump gathered Congressional leadership from both sides of the isle and of both Chambers of Congress to address Comprehensive Immigration Reform and DACA which Congress chose not to act upon.

Immigration has been the lifeblood of the United States of America. Since the Pilgrims landed at Cape Cod, Massachusetts and founded Plymouth Colony in the new world. In the years leading up to the Revolutionary War migrants were settling along the East Coast, then moving westward into the interior. What we’ve had over the years are migrants coming here from virtually all over the globe. The admission criteria is constitutionally set by the President and can be slowed or even stopped if he so desires.

Although at times a problem, no President in recent history has taken serious steps to effect a radical change into the immigration laws until now. Since Congress has the constitutional authority to legislate, it only makes sense for Congress to take a serious look at the law and whether or not it should be amended. Why has it taken so long? Why is immigration still an issue?

The US Southern border with Mexico has been as porous as the waters of the Rio Grande which separates us. Not everyone or everything that crosses the border is good for America. Steps to tighten up the border crossings have been met with resistance, not so much with our neighbor to the south, but with our own United States Congress.

It is unconscionable that the President of the United States would have to task the United States Congress to take appropriate action on immigration reform. Upon taking office, one of the first acts President Trump undertook was to invite Congress to meet with him and to discuss Immigration and other matters. He said that Delayed Action for Childhood Arrivals (DACA) had been unconstitutional and needed to be fixed through proper legislation. He also said what was needed was Comprehensive Immigration Reform to plug some loopholes and enhance enforcement efforts with computer software and funding for a border wall.

What happened after than historic meeting? Nothing, well not exactly nothing, but complete and utter resistance by Congressional Democrats and Republicans. Instead of going back to the Capitol and getting to work the resistance movement began in earnest. When the President said he would not extend DACA upon its natural expiration, legal actions began to force the President to extend an unconstitutional Obama executive order.

Here we are 4 years down the road in the Trump Administration. Our border has been under attack just as if an invading army was beating down the gates demanding to gain admittance. Thousands of migrants have forged unimpeded across Central American and North American countries in their quest to enter the United States.

In the past it was apparent that a lot of financial “grease” has eased entry restrictions and allowed migrant convoys, under police escort all the way to the Tia Juana border areas outside the San Diego border crossing. It is also apparent that United States Citizens who are legal assistants or lawyers have gone into Mexico with “scripts” that instruct migrants how to respond to questions by Border Patrol and Asylum Judges in order to gain entrance under false pretenses by claiming political asylum. Not only are the migrants, but ANYONE who aids and assists them to cross the border illegally or unlawfully are breaking US Immigration Laws. The punishment can be denied entrance, imprisonment and fines. Those seeking entry can be permanently banned from entry. In some cases lawful immigrants can be deported and banned from re-entry into the US. Constitutionally the President can close down the Southern Border indefinitely or restrict entry to certain categories of persons able to enter.

President Trump is determined to have the Immigration Issue corrected not by executive order but as it should be done by Congress. He is also determined to construct a more permanent and proper wall or barrier to enhance existing barriers reducing or preventing unlawful crossings, drugs and human trafficking. It is the responsibility of the Government of the United States to ensure the safety and security of the American people, lawful residents and international visitors and to prevent unlawful entry.

When the President pleads with Congress to keep their focus on America first, he has been met with political posturing and total resistance. Certain members of Congress are set on doing the complete opposite of what they are asked or encouraged to do by the President, even when it endangers the lives of American citizens.

The President has changed criteria disallowing birth citizenship by illegal immigrants and stopping pregnant migrants from immigrating until after the baby is born. Catch and release is no more, migrants must wait in Mexico or their home country while waiting for an immigration hearing. Illegal migrant criminals are being deported in record numbers. Sanctuary cities and states will forfeit federal funding until they uphold federal law and stop protecting criminals. There is currently almost 200 miles of new or renewed border wall completed and 500 miles of wall is forecast by 2021. Illegal entry is down significantly and US communities are safer as a result.

As we approach the 2020 Presidential Election we’ve seen a virtual who’s who of craziness as Social-Democratic candidates are literally stepping all over each other in their attempt to “prove” who has what it takes to beat President Trump and stop the drain of the swamp (which they are actively part of). Voters must take a determined stand on principle over party, safety over lawlessness, sanity over insanity and VOTE STUPIDITY OUT OF OFFICE at every level and every election. The world you save may be your own! – I am the Real Truckmaster!

One thought on “Revisited Discussion on Immigration”