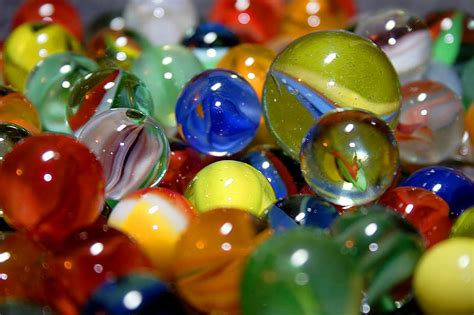 This is for All the Marbles

When I was growing up guys had marbles, girls had marbles and we all had marbles. We’d trade marbles and play for fun or winner takes the other guys marble and sometimes we used to play for all the marbles. Dad used to talk about his marble tournaments at school and when he won he took the money. Today we’re too busy to bother with marbles unless they have a video game of using marbles to destroy someone else’s marbles?

During times of war there are rules that nations agreed to when waging war against another country. Armies were lined up dress-right-dress (a military term) and marched into battle. Each side took turns pelting the other side until the one left standing was the winner by default. The winner enjoyed the spoils of war, pillage, plunder and taking the losing sides women, children, livestock and valuables.

When the colonists declared their independence from England it meant war with the most powerful military force at that time, by a handful of farmers, hunters and shopkeepers untrained in military tactics. Trying to stand up and fight face to face was all too often disastrous and new tactics had to be used. A new kind of fighting by leaders like Francis Marion (the swamp fox) used hit and run to harass British forces and create chaos. Today we call those tactics covert.

What we are seeing happening in cities across the nation in 2020 is neither patriotism nor patriotic. There has been an undercurrent of discord and discontent festering for several years in various cities across the nation. Like a powderkeg that could go off with the tiniest spark the stage was set in Portland Oregon. Anarchists began “testing the waters” as a trial run waiting for that spark.

There were clear signs of their intent as they moved about openly and freely without interference as the mayor condoned their activities and actions by standing down law enforcement when their unlawful actions threatened and assaults on innocent civilians were allowed.

George Floyd became that spark. The powderkeg exploded and America saw the coordinated efforts of an organized entity showed up on the streets of Minneapolis Minnesota in force, overtaking and hijacking what began as a peaceful protest of Police violence turned into the death of a black man in police custody which turned into a full fledge riot. Portions of the city were engulfed in vandalism, lootings, burnings, assaults and murder in the name of Black Lives Matter.

Seizing the opportunity to exploit this senseless act of violence, operatives in a number of cities began their reign of terror with “protests of police violence” in the name of Black Lives Matter with domestic terrorist groups like Antifa and others who began creating Autonomous Zones like CHAZ later called CHOP in Seattle Washington where police were forbidden to enter and residence and shop owners were terrorized and exhorted for money and shops vandalized, looted and burned. The mayor of Seattle called them kids exercising their rights to free speech.

Soon other cities began to see “protest marches” in the name of Black Lives Matter that were neither protest nor peaceful. Vandalism, rioting, looting, burning with assaults and murder happening in California, Oregon, Washington, Colorado, Minnesota, Texas, Maryland, New York and a host of other places where Democratic Party leadership not only condoned the violence but enabled it by issuing stand down orders for state and local LEOs.

Many citizens say it’s clearly a case of exercising our 1st Amendment rights to free speech and right to peaceful assembly which are protected under the Constitution.

What is not protected by the Constitution is the “right” to commit violence.

A bank robber has the right to make an unlawful withdrawal.

An illegal alien has the “right” to unlawful entry into the US.

A woman or her doctor has the “right” to murder a baby in the womb.

Anyone has the “right” to disregard or willfully disobey any law of the US.

Non-citizens including illegals have the “right” to vote in an election.

LEOs do not have the “right” to arrest lawbreakers.

Coming out of the chaos has been calls from the far left to defund and disband the police. It sounds crazy yet many who are uneducated, illiterate or simply misinformed think that is a great idea. Even elected officials are calling for it, while many are protected by LEOs. They call for gun control (taking away arms from lawful gun owners) while being protected by licensed officers and in some cases are seemingly doing nothing about getting unlawful guns out of the hands of criminals.

More recently Americans decided to conduct “Stand for the Blue” rallies in Denver, New York City and other places to show their support for LEOs. Adhering to rules covering the issuance of local permits several of these rallies were met with resistance from Democratic mayors who ordered LEOs to stand down and not participate (even while off duty) under threats of employment, career and family) while local offshoots of Black Lives Matter, Antifa and others crashed theses rallies causing bodily injury to LEOs and supporters.

In the case of New York City a prominent singer and legislator were scheduled as part of a Back the Blue rally. When it was announced they would be participating in the rally, the governor banned both from attending the rally, and ordered the health department to meet them at the airport and place them in 14-day COVID-19 quarantine. State police scheduled to protect the legislator were told they could not under threat of being fired. The rally was subsequently cancelled.

So tell me what part of this COVID-19 “pandemic”, the Black Lives Matter fixation by America’s Democratic Party politicians and the continual shut down of America is NOT politically motivated as we are now 99 days before the November 3rd, 2020 Presidential Election?

Don’t forget the Democratic Speaker of the House Nancy Pelosi recently made a public statement that “Trump would not be president in 2021 – One way or another”!

National news media outlets parrot the same line when it comes to the chaos being brought to American cities “These peaceful protestors are being assaulted by Trumps Stormtroopers”. Democratic governors have petitioned the White House to prevent a Federal Taskforce from coming to their cities.

Democratic politicians are doing everything wrong for American citizens in their districts, cities and states. They are behind ending public safety, yet continually asking for more federal funds to rebuild cities that they have failed to protect. If there are no police, can American’s depend upon the politicians to answer 911 when they call?

Don’t tell me we are not in a war. It is a very Uncivil War and the anarchists are using street rules “there are no rules”. They are playing for all the marbles. Americans tend to follow the rule of law which began with the Constitution, based on God’s biblical standards while our nation is being played for very high stakes. Congressional Democratics are in a panic as they do not care what happens to our nation.  Their only concern is that President Trump not be re-elected even if it causes the nation to collapse.

I stand with President Trump in backing the men and women in blue as we will stop the violence and make American great once again. Remember it’s for all the marbles! – I am the Real Truckmaster!